An action hero is a film about an actor who during his shoot gets into a trouble that turns his life upside down. Author : Guneet kaur 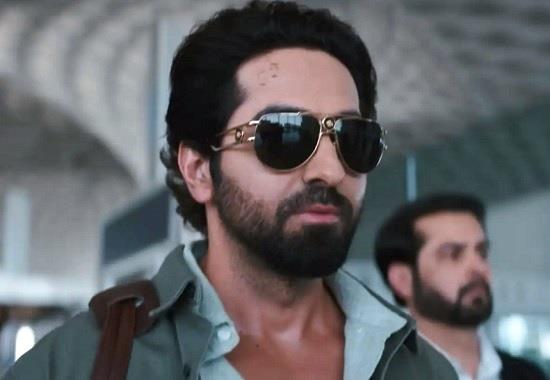 Directed by Anirudh Iyer, ‘An Action Hero’ is a debut movie of Ayushmann Khuranna as the action hero. The action-packed thrilling film was released in theatres on 2nd December 2022 and received immense appreciation from critics. An action hero is a film about an actor who during his shoot gets into a trouble that turns his life upside down. For all those who failed to witness the movie in theatres, here’s a chance for all to watch it on OTT.

The high-octane thriller film praised for its intellectual scrip, dialogues and fast-paced narrative is all set to release on 27th January 2022 exclusively on Netflix. The movie apart from Ayushmann Khuranna also stars Jaideep Ahlawat, Jitender Hooda, Akshay Kumar, Nora Fatehi and Malaika Arora. An action hero is produced by Anand L Rai along with Bhushan Kumar.

Talking about the storyline, ‘An Action Hero’ is a film based on an actor named Manav who when goes for an outdoor shoot to Haryana lands into a huge trouble after getting involved in an accident. The accident turns his smooth life upside down. The actor is then chased by a goon which is played by Jaideep Ahlawat. The actor then flees away from his country to save himself from all the trouble.

Working on this film Ayushmann Khuranna revealed that while shooting for this film he felt as if it was his first movie. He added that this film made him do things that were never explored by him in his previous films. Despite being acclaimed critically, the film didn’t do much well on the box office because of tough competition from Ajay Devgn starrer Drishyam 2 and Varun Dhawan starrer horror-comedy Bhediya.