An unknown creature was caught on camera at a Texas Zoo, WHAT IS IT

Officials in Texas and internet aficionados have been struggling to identify the mysterious creature. 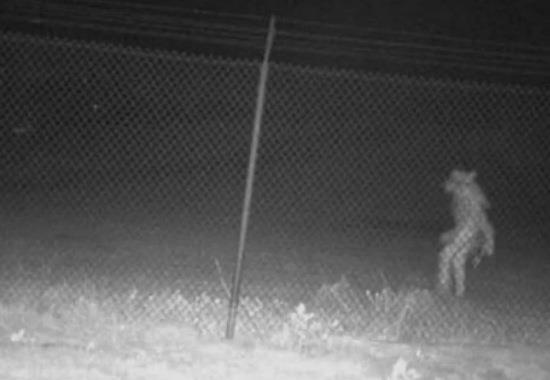 Officials in Texas and internet aficionados have been struggling to identify the mysterious creature. At the zoo in Amarillo, the creature was caught by motion-sensing cameras.
The creature was seen outside the zoo fence on May 21 and caught on camera. Since the sighting people have been going at it to find out the origin of this species.
Some belief it to be the mysterious Chupacabra meanwhile, the others suspect an alien invasion. The City has received "thousands of suggestions." The authorities have updated on Facebook that, "There have been no additional sightings or information".
The authorities shared more information.
"This image was taken from a camera that only shoots when it picks up motion," the authorities wrote.
"We want to emphasize that this entity was outside the Amarillo Zoo. There were no signs of attempted entry into the zoo. No animals or individuals were harmed. There were no signs of criminal activity or vandalism."
Michael Kushaba, city's director of parks and recreation, told My San Antonio.
"We just want to let the Amarillo community have some fun with this," and "It is a strange and interesting image. Maybe Amarillo can help solve the mystery of our UAO."
Read more:
Employees who criticised Elon Musk in an open letter fired by SpaceX
The news has gone viral on the internet and people have their theories, what's yours?