AN-94 Russian rifle used to kill Sidhu Moose Wala, know how it was brought in Punjab; License detail & more

Given the preliminary investigation, the 1994 AN-94 Russian assault rifle has been used in the murder of Sidhu Moosewala based on recovered bullets. Author : Rohit Gupta 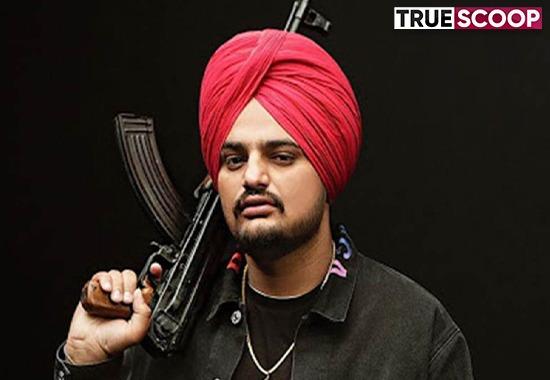 Sidhu Moose Wala's Murder: Famous Punjabi singer and Congress leader Sidhu Moosewala were killed by unidentified assailants in Jawaharke village of Mansa district on Sunday, 29 May, after firing multiple rounds of bullets one after the other.
Given the preliminary investigation, the 1994 AN-94 Russian assault rifle has been used in the murder of Sidhu Moosewala based on recovered bullets. The entire music industry is shocked by the death of Sidhu Moosewala along with the crores of his fans.
Sidhu Moose Wala shot with an AN-94 rifle
Sidhu Moosewala has often been seen with different types of guns and rifles on his gnome and social media, in such a situation how would anyone have thought that a man with a fan following of crores would one day be like this. The death of a gun will die. Many cases were also registered against Sidhu Moosewala for promoting gun culture in his songs.
In such a situation, we are going to tell you about the rifle, which became the reason for the murder of Sidhu Moosewala. We are going to tell you about the AN-94 rifle-. The AN-94 rifle was produced by Russia as a possible replacement for the AK-74 rifles that its armed forces had. However, despite this, the actual purpose of building the AN-94 could not be fulfilled, but it is still in use.
Talking about the capabilities of this AN-94 rifle, it has the feature of delaying recoil for the first two rounds. Also, let us tell you that this AN-94 can fire 1800 rounds per minute, which has a range of about 700 meters.
Also Read: Recent killing of Sidhu Moosewala shows that killing is easy both in reel and real life" Says youth on Punjab
This rifle usually weighs 3.85 kg.
How to get a gun license in India
To obtain a gun or gun license in India, you must first apply to the Superintendent of Police of your district. After which the address given in the application by the police and any criminal or other police record against you will be searched.
A gun license is granted to the person only after all the cases are investigated and the person applying for the license is satisfied. It also includes checking criminal records and medical examinations.
However we at Truescoop don't suggest anyone to buy any weapon until and unless it is indeed for safety purposes.