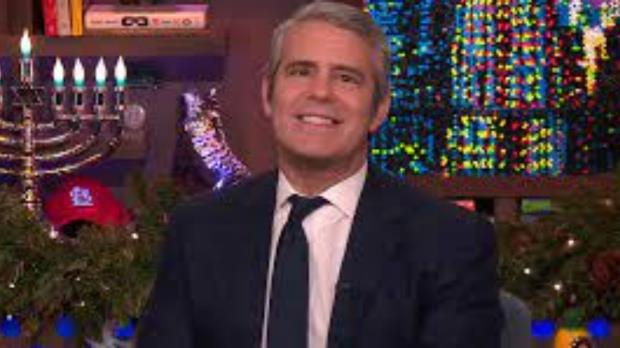 Quite recently, Andy Cohen who is a spokes person at CNN gained a lot of attention by the comments he made when he was at the live sets of CNN while hosting their new year eve's from Times Square.

During the live broadcast on the Friday night, Andy and his cohost, Anderson Cooper, kicked off the festivities with several shots of what appeared to be tequila.
As the night went by the alcohol seemed to take on effect, Andy went on to throw shade at a string of public figures, including the likes of Facebook founder Mark Zuckerberg and former NYC mayor Bill de Blasio.

At the heat of the moment with many other comments made by Andy he also called 'Blasio' the 'crappiest' Mayor of New York.
Furthermore,  he was also telling the CNN viewers that "the only thing that Democrats and Republicans can agree on is what a horrible mayor he has been."

The very next day Andy took it to his Instagram, and admitted that he was 'a hair-over served'. later on he also confessed that his only regret from the drunken tirade was calling out Ryan Seacrest.

While hosting the show Andy also made a dig at ABC’s competing NYE show. Which is hosted by Ryan — Dick Clark’s New Year’s Rockin’ Eve. Which was also being broadcasted simultaneously from elsewhere in Times Square.

He further added, “There's a bunch of smoke coming from Ryan Seacrest's group of losers that are performing behind us,” Andy told CNN viewers. “If you've been watching ABC tonight, you've seen nothing, I'm sorry,”.
Three days later, when recalling upon the dig, upon his SiriusXM show, the Bravo mogul also admitted that he felt bad about criticizing the ABC broadcast and by that he meant, its host.


Also Read: Vivo launches the latest series, read to know more
He further quotes, “The only thing that I regret saying, the only thing, is that I slammed the ABC broadcast,” Andy said on Monday. “I really like Ryan Seacrest and he's a great guy and I really regret saying that and I was just stupid and drunk and feeling it.”
“I was continuing the Journey rant and I just kept talking and I shouldn't have and I felt bad about that, so that is the only thing,”.

Andy also admitted that he wasn’t happy about how his comments about Ryan had been taken out of context by the media.

He added, "That's the problem, the headlines about Ryan Seacrest are all like I trashed Ryan Seacrest and I really, I hope he hears the clip."
On one hand where plenty of viewers loved the drunken Andy's show, on the other hand some did not like his performance. Which also resulted in reports mentioning, Andy being fired from the CNN.
However, CNN denies all these reports and seems to be standing with Andy even after such backlash.
A spokesperson for CNN told BuzzFeed News, "I can confirm that Andy Cohen will be back to co-host NYE on CNN next year,".