Anek Trailer: Ayushmann Khurrana starrer film is ready to take many viewers on an important mission. It is a political action thriller film. The trailer of many has been released. 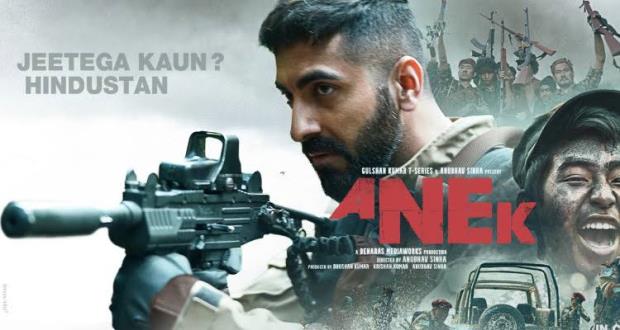 Anek Trailer: Ayushmann Khurrana starrer film is ready to take many viewers on an important mission. It is a political action thriller film. The trailer of many has been released.
In this trailer, Ayushmann is seen playing the role of an undercover cop for the first time in his career. Shot on a large scale and a large canvas, the film has been shot at extraordinary locations in the North East. The film not only has interesting content, but gripping action sequences are also going to be shown.
Anek trailer released
Many talented actors have given stellar performances in many. There is a lot to talk about in the trailer of the film. Like director Anubhav Sinha's previous films Mulk, Article 15 and Thappad, we are expecting this film to show something different on the big screen.
Regarding the film, Ayushmann Khurrana said, 'Many truly celebrates the feeling of being an Indian. Anubhav sir has set a new benchmark with this film with his passionate story.
My character Joshua forced me to do things physically and mentally that I had never done before. With the right guidance and training, I gave this character my best shot at bringing to life everything I had experienced for the film.
Anubhav spoke about the film
Anubhav Sinha, director of this film, says, 'Manyak has been my most challenging film to date. It is based on a topic that is hardly spoken about. It re-emphasizes the fact that India can rise and win as a country despite the differences in our cultures, traditions, and languages.
Also Read: KGF 2 overtakes Dangal, becomes 2nd Highest-Gross Hindi film with 392 crores; 5 other records
So despite all the challenges that came our way, whether it was shooting in difficult terrain or filming during the pandemic, we went ahead. I feel proud that we have accomplished everything we have set out with this film.
Producer Bhushan Kumar says, "Anubhav Sinha has carved a niche for himself when it comes to telling a good story. 'Anek' is another great film cinema. The audience and Ayushmann fans have a lot to watch in this film and he is all set to take up the role and make it memorable for the audience.
Ayushmann Khurrana and Andrea Kevichusa's film Anek is jointly produced by Bhushan Kumar's T-Series and Anubhav Sinha's Banaras MediaWorks. This film is all set to release on 27th May 2022.