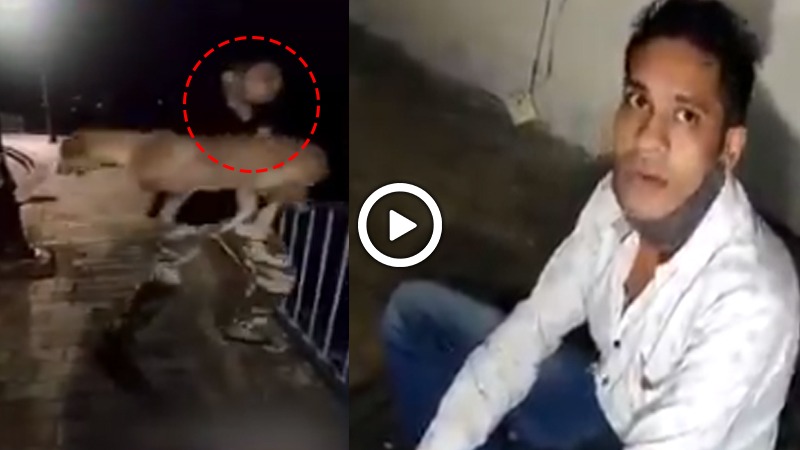 A video of a man throwing a dog in a lake has left netizens fuming after it went viral on social media. Following the incident, the police have arrested the accused Mohammed Salman and registered a case against him.

The accused, who is a resident of Kabarkhana Hanumanganj, was eventually arrested by Shyamla Hills police from Bhopal’s Qazi Camp area and a case was registered against him under Indian Penal Code Section 429 (mischief by killing or maiming any animal) and provisions of the Prevention of Cruelty to Animals Act. The accused was identified as Salman Khan, a resident of Tila Jamalpura area in Bhopal city, who has a history of violence against animals, as per report.

In the viral video, the 25-year-old is seen casually picking up a stray dog and then throwing it into the lake in Bhopal while the song ‘Tera Baap Aaya‘ from the movie Commando 3 plays in the background. The video soon went viral after it was shared and triggered outrage online.

Soon after the sickening video went viral, angry netizens demanded action against the accused following which police registered a case.

The clip shows the man patting a dog. He then gently picks the unsuspecting animal up and hurls it into the water body. The canine can be seen hitting the water but it is not clear in the video if it survived the fall.

Due to the rain, there is a lot of water in the big pond at this time. A boundary wall is built around the pond. In such a situation, the expectation of the dog coming out of the water is very less. Not only this, crocodiles are also said to be in large ponds.