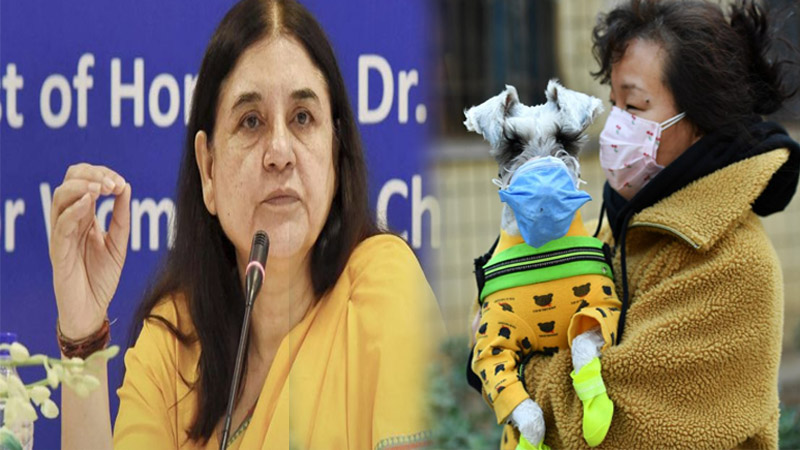 The Lok Sabha member said that such information is totally "wrong and misleading" and is being spread by some government departments, insurance companies and private companies.

She made the announcement at a time when rumours are spreading faster than the disease itself. The government is also struggling to limit the myths, rumours and unverified news about the virus.

Also Read: No relief from Coronavirus. Report reveals the virus to peak in May-June outside China

"It has been brought to my notice by hundreds of complaints across India that government departments and insurance companies are creating false panic in the coronavirus by taking out advisories, which is not confirmed with the health department, saying that nobody should go near live animals," Maneka Gandhi said inside Parliament premises.

The Bharatiya Janata Party (BJP) leader said: "The health department of this country has clearly said that animals do not have coronavirus and they cannot transmit coronavirus."

The MP further appealed that Ministry of Electronics, insurance companies and Ministry of Railways not to bring out fake ads, saying that "do not go near live animals."

"This is going to create another form of crisis in India," she said.

Several people stopped consuming chicken and eggs following rumours that they will be infected with COVID-19.

She said that the issue will be raised in Parliament on Friday.

The Union Health Ministry on Thursday confirmed 74 COVID-19 cases so far in India. The virus has infected over 80,000 people in China -- the epicentre of the disease -- and cases have been reported in over 100 other countries.