Anshuka posted a picture of her Cricketer husband. In the picture, Virat can be seen happily posing for the camera. 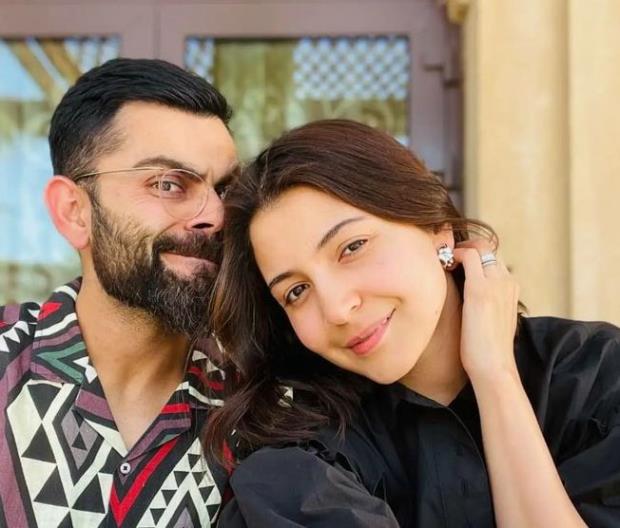 Anushka Sharma is spending quality time with her husband post India's first win. India posted a 113-run win in South Africa, as they took a 1-0 lead in the three-Test series. Taking to Instagram, Anushka shared an adorable picture of Virat Kohli.
In the picture, Virat can be seen happily posing for the camera. Anushka captioned it as, “enjoying the view in SA” adding a heart emoji. 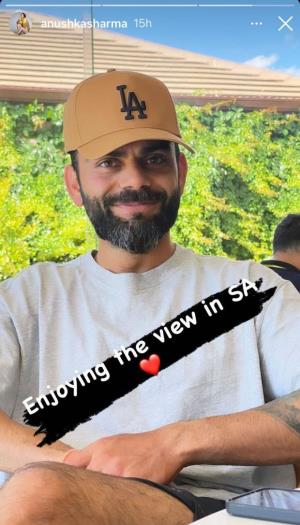 On Thursday, Anushka also posted some of her pictures in open hair. She captioned it as, “Hair- there- everywhere.” She can be seen wearing a black top and her flawless beauty adds another charm to it. On Anushka Sharma's post, Arjun Kapoor wrote a comment that read: "Baal ki hair a pheri." 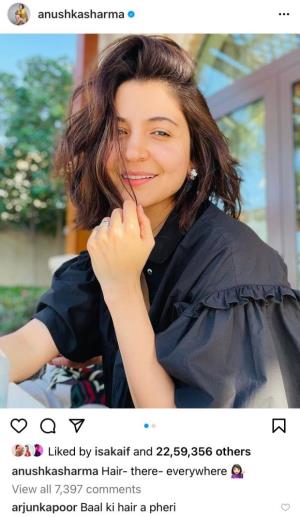 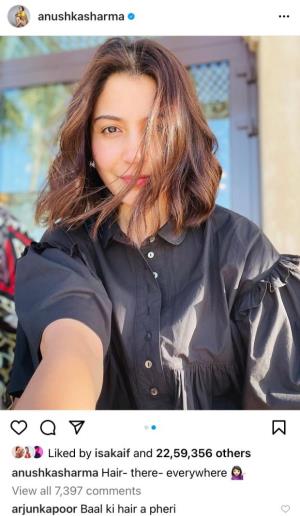 Also read: At 'RRR' event, Rajamouli applauds Tovino's 'Minnal Murali'
Anushka Sharma is currently in South Africa with her husband. On the work front, Anushka has not started working on any new project. She last worked in the film ‘Zero’ alongside Shahrukh Khan and Katrina Kaif.