Anushka Sharma pens a 'special-birthday' note for Fans, thanks hubby Virat Kohli 'You stole my heart' 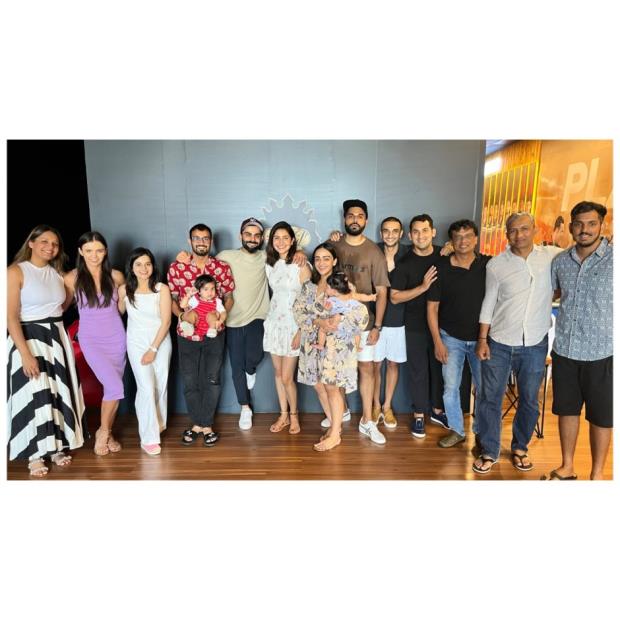 Virat Kohli's Message On Anushka Sharma's Birthday: Bollywood actress Anushka Sharma is celebrating her 34th birthday today.
Anushka's husband and former Royal Challengers Bangalore captain Virat Kohli has congratulated Anushka by posting a special message on her special day.
Virat Kohli shared pictures of Anushka's birthday celebration and wrote that thank God you were born. Virat Kohli posted two pictures on his wife Anushka Sharma's birthday. He wrote a message for Anushka that thank God that you were born. I don't know what I would have been without you.
The actress Anushka Sharma celebrates her 34th birthday on May 1. She is currently in a bio-bubble with Virat Kohli and is in the Royal Challengers Bangalore camp. Anushka's birthday was also celebrated with the star players of RCB.
Also Read: Virat Kohli hits a six with his 'Oo Antava' dance
In the photo shared by Virat Kohli, some other players including Sanjay Bangar, Harshal Patel, Siddharth and their wives are seen. Anushka's birthday has also come on a special occasion because Virat Kohli made a fifty on the night against GT in IPL 2022.
Virat Kohli scored 58 runs in the match against Rajasthan Royals. RCB may have lost the match, but after a long time, runs came out of Virat Kohli's bat, which made the fans happy. Kohli hit 58 off 53 as he showed signs of returning to peak form.
The former RCB captain was not at his fluent best but the innings after a run of scores of 0, 0, 9 came as a relief to Kohli and RCB.
Anushka Sharma wrote this on her Birthday:
"I feel happier, more loving, more understanding, taking myself less seriously, listening more, finding joy in less, able to let-go better, more accepting of myself and others AND situations, feeling more beautiful, expressing feelings more easily, valuing my own opinion above others ….. "
This getting older business is going GREAT! Everyone should try it. Thank you for all the wishes and love you’ve sent my way. I’m SO grateful. PS- I ate the biggest slice of my birthday cake. As it should be.