Anushka Sharma raises temperature in a tangerine monokini, clicks her 'own photos' in Maldives; Pics

Anushka Sharma Tangerine Monokini: The fans of Anushka Sharma are desperate to get a glimpse of her. The actress also does not disappoint her fans and often shares glimpses of her life with fans on Instagram. 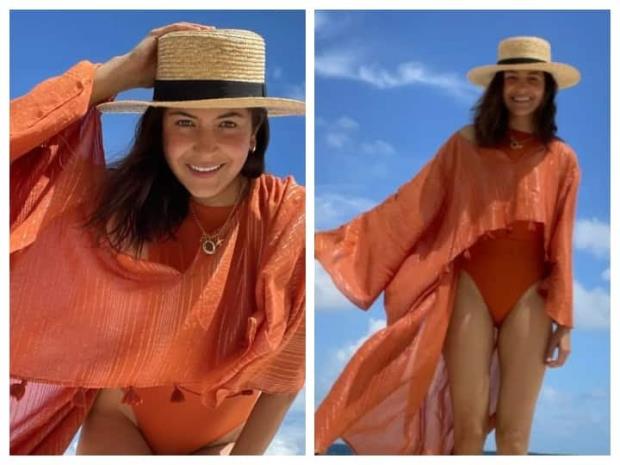 Anushka Sharma Tangerine Monokini: The fans of Anushka Sharma are desperate to get a glimpse of her. The actress also does not disappoint her fans and often shares glimpses of her life with fans on Instagram. She is in the Maldives these days, from where she is sharing her pictures while enjoying the beach.
Seeing Anushka's beach look, netizens are not tired of praising her beauty. Anushka can be seen wearing an orange dress in the photos. To avoid the heat, she has put on a hat on her head. Anushka has shared these photos about 6 hours ago, on which close to 19 lakh likes have come.
Netizens, as well as celebs, have expressed love by commenting on the photos of Anushka Sharma without makeup. She is looking so beautiful in the photos that the fans are not able to take their eyes off her pictures. She has also carried jewellery, which makes her look even more beautiful. There is no makeup of any kind on the face of the actress. She wrote in the caption accompanying the photos, 'The result of taking your photos.'

Anushka Sharma has shared a total of two photos on Instagram. In the first photo, she is seen looking closely at the camera, while in the second photo she is smiling standing a little away. Apart from this, a beautiful view of the sea shore and blue sky is seen in the photo. Anushka is giving vacation goals to the fans.
Also Read: When Ranveer Singh said 'I can do sex scene with Anushka Sharma again', says 'actress is very supportive'
Anushka Sharma will be seen in 'Chakda Express' is followed by 58.9 million people on Instagram alone. Talking about work, the audience will see him playing the lead role in the film 'Chakda Express'. She has not appeared in films for a long time. Fans are eager to see her on the big screen.