Virat Kohli and Anushka Sharma had some quality time with their family in England. 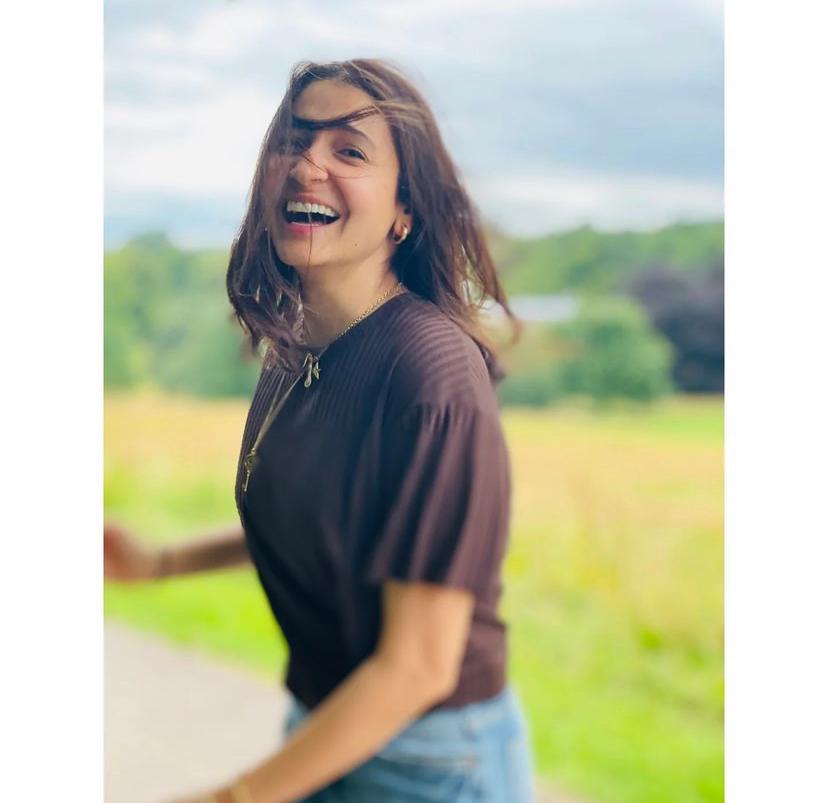 Anushka Sharma and Virat Kohli are couple goals in every frame, and their new photo is another proof. As team India is currently in England for a five-match Test Series with England, Anushka and Virat are getting to spend a lot of time together. The couple keeps sharing photos with and of each other from the streets of England.

Amid this, Anushka Sharma posted some photos on social media and Virat Kohli was seen asking her a genuine question.

Anushka Sharma teased husband Virat Kohli in a comment on Instagram, after he asked for a photo credit for her new pictures. The actor, on Sunday, shared a series of pictures in which she posed on an empty path in the UK. In the pictures, Anushka was wearing a pair of distressed jeans with a black T-shirt and white canvas shoes.

Taking to Instagram, Anushka Sharma shared the pictures with a few butterfly emojis in the caption. Virat Kohli took to the comments section and asked, "Who took these pictures?" Anushka replied, "A really good fan." 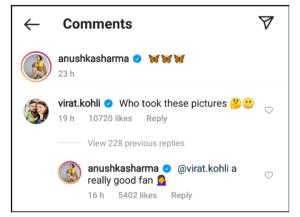 Previously Anushka had shared a picture-perfect postcard moment from Durham where the actress was travelling with several other couples. Anushka-Virat and Vamika was snapped posing with KL Rahul and rumoured girlfriend Athiya Shetty along with Umesh Yaadav and Ishant Sharma posing with their respective partners. Anushka Sharma had captioned the memorable group picture as, “Dur'hum' saath saath hai”.

On the work front, Anushka Sharma is expected to star in a film based on Jhulan Goswami. Her last on-screen outing was Shah Rukh Khan-starrer Zero, almost three years ago. The actor has been busy producing films and series in the meantime.