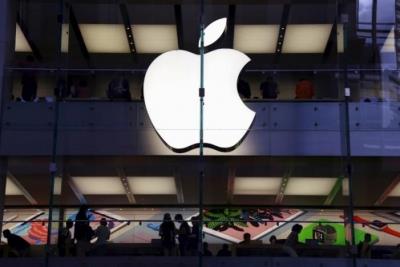 Apple on Wednesday announced its flagship product launch event for this year that will take place on September 7.

Called 'Far Out,' the event will showcase new iPhone 14 lineup, Watches and other products.

This will be an in-person event at Apple's Cupertino campus in the US, the company's first big event to take place since the two years of the pandemic.

The tech giant will also stream the launch event online.

Apple's upcoming iPhone 14 base model is rumoured to cost $799, which is the same price as the iPhone 13.

The tech giant has likely discontinued the 5.4-inch iPhone mini this year.

The iPhone 14 Pro and iPhone 14 Pro Max will combine a circular hole-punch cutout and a pill-shaped cutout for their camera setup and Face ID functionality.

A recent report said that Samsung Display will be applying different grades of materials on the OLED panels it will manufacture for the upcoming iPhone 14 series depending on the model tiers.

The standard iPhone 14 models are expected to get few changes, but the iPhone 14 Pro models will include updated camera technology.

There are three Apple Watch models in the works, including the new Apple Watch Series 8, a refreshed Apple Watch SE, and an all-new Pro version that is expected to feature a larger body, updated design and a rugged build.

Meanwhile, a recent report said that the tech giant seems confident despite analysts' predictions and reportedly asked its suppliers to build at least 90 million next-generation iPhones.

In fact, Apple anticipates to assemble 220 million iPhones in total for 2022.