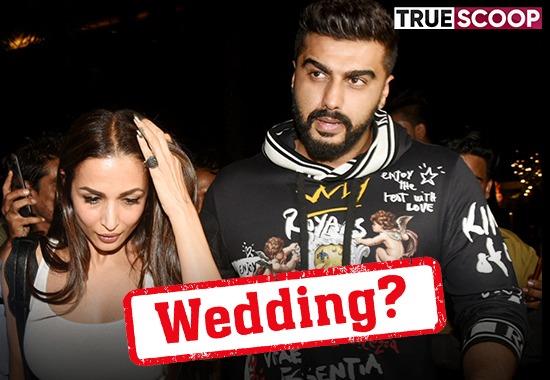 Malaika Arora Arjun Kapoor Wedding: Bollywood's popular couple Arjun Kapoor and Malaika Arora are in the news for their relationship. While their fans are seen lavishing love on the couple, the trollers are always seen taunting them over the age gap of both.
However, Malaika, while replying to this trolling, made it clear that she sees her future with Arjun Kapoor and both are very serious in this relationship. Since this statement, the fans are waiting for their marriage, about which the new report that has come out is going to make them very happy.
According to the information, both of them have thought of taking a step forward in their relationship by deciding to get married. It has been learned that both can tie the knot this year. Along with this, it has also been learned that Arjun and Malaika do not want to have a grand wedding, they will give a reception after registering their marriage and only relatives and close friends will attend the wedding of both.
Malaika Arora recently talked about the future of her relationship with Arjun Kapoor. In which she said, 'I think we are at a point in our relationship where we are thinking about the next part of that. We discuss things a lot. We are on the same level. With each other's thoughts and ideas. We like each other and many things are different.
Also Read: Malaika Arora calls Arjun Kapoor as 'Her Man', hints wedding plans; 'Wants to grow old with Actor'
Malaika further said, 'We laugh and joke about it, but we are also very serious about it. I always tell him that I want to grow old with you. We'll find out the rest, but I know he's the perfect fit for me. Arjun Kapoor and Malaika Arora had declared their love in the year 2019 and since then their love is being discussed. Taking their love further, both have now started planning for the wedding, after getting information about which the fans are also very happy.
Arjun Kapoor's cryptic message
In a direct-indirect manner, this Insta post of Arjun is related to his and Malaika's wedding news. From the actor's post, it seems that there is little power in the matter of marriage. In the coming time, it will be known for itself that how much truth is there in the wedding news and how much is not. As long as we can be happy seeing the only and only couple together.