Arrested in corruption case, IAS Sanjay Popli’s son shot himself after an argument with vigilance officers

IAS Officer Sanjay Popli's son Kartik died; after an argument with the vigilance officers he shot himself Author : Samriti Bharadwaj 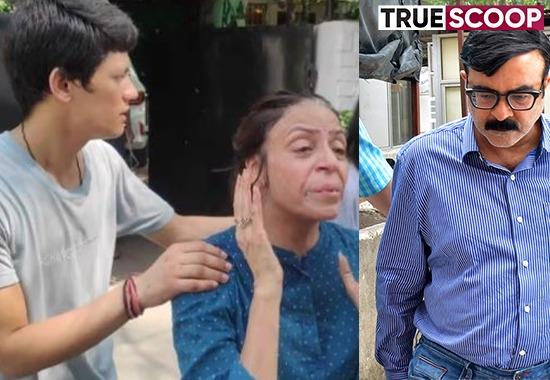 Punjab IAS officer Sanjay Popli’s son Kartik succumbed to a bullet injury at his residence in sector-11. Before the incident, Vigilance conducted a probe at the site. According to the family, Kartik was shot. On the other hand, according to Chandigarh SSP Kuldeep Chahal, Kartik shot himself with his licensed pistol.
Sanjay Popli was detained four days ago in the corruption case by Vigilance. Popli is to be presented in the court in Mohali today. His family alleges that he was being mentally harassed. Vigilance pressurized him to give false statements. As a result of which the son took this action.
According to the family, the vigilance team came to their house to do some recovery. During the investigation, an argument broke out between Kartik and vigilance officials.
Soon after the incident, Kartik is said to have shot himself. Kartik's mother stated that Sanjay is involved in a false case. She also posed serious allegations against Punjab Chief Minister Bhagwant Mann.
Earlier, a senior IAS officer of the 2008 batch was arrested by Punjab Vigilance a few days back from his Sector 11 Chandigarh home for soliciting a bribe from a contractor.
He is accused of being involved in a bribe case for the tender. This led to his arrest by the Chandigarh Police and Vigilance, and during a house search, several live ammunition was recovered from him. The Chandigarh police had registered a case against him under the Arms Act, after which he has been in police remand and was produced before a Mohali court again today.