Jalandhar: Kejriwal says 'In previous govt gangsters were born, It's AAP's honest govt where they can't be saved' 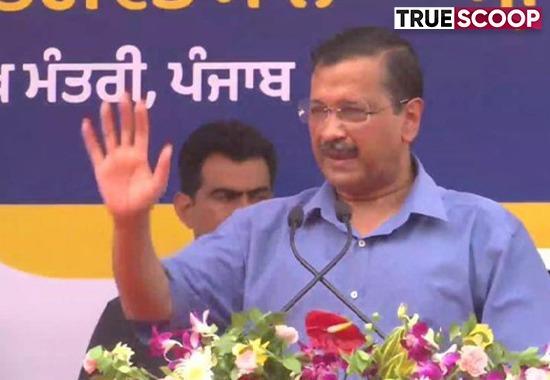 Jalandhar: Punjab Chief Minister Bhagwant Mann and Delhi Chief Minister and National Convener of Aam Aadmi Party Arvind Kejriwal have reached Jalandhar today. During this, on behalf of both the Chief Ministers, Volvo buses of the Punjab Government were flagged off for Delhi Airport. Punjab Transport Minister Laljit Bhullar is also present on the occasion.
Tight security arrangements have been made by the Punjab Police. Even before the program, a heavy police force has been deployed on the bus stand and the luggage of every incoming and outgoing passenger is being checked.
There are 7 Volvo buses in the Jalandhar depot and the cost of one bus is about Rs. 90L - 1.5cr according to the officials of the report, a bus going from Jalandhar to Delhi earns one lakh rupees in one round. Under this, there are seven buses in Jalandhar depot, so it is estimated to earn seven lakh rupees in a day.
"He also added that I ask the Opposition, has Mann sahib brought gangsters with him? These gangsters were born under the previous govt. No one can protect gangsters and anti-national elements. Patiala clashes accused caught within 24 hrs. Gangster Lawrence Bishnoi arrested by Punjab police: Arvind Kejriwal".