Aryan Khan Drug Case: The Narcotics Control Bureau (NCB) has filed a charge sheet in the drug-on-cruise case. In the charge sheet filed by NCB, gives clean-chit to Aryan Khan. 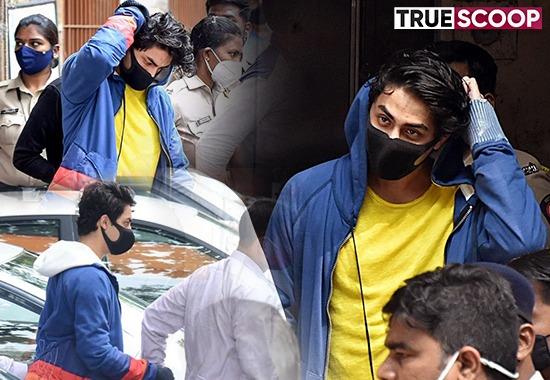 Aryan Khan Drug Case: The Narcotics Control Bureau (NCB) has filed a charge sheet in the drug-on-cruise case. In the charge sheet filed by NCB, a clean chit has been given to Aryan Khan. Aryan Khan, son of Bollywood actor Shahrukh Khan was arrested last year in the drug-on-cruise case.
In this high profile drug case, after 6 months, NCB has filed a 6000-page charge sheet, in which 14 out of 20 accused have been booked under different sections of the NDPS Act. The remaining 6 accused including Aryan Khan have been given a clean chit due to lack of evidence.
Last year Aryan Khan, son of actor Shahrukh Khan was arrested in this case. Apart from Aryan, many other people were also taken into custody. In this case, NCB has interrogated Shahrukh Khan's manager Pooja Dadlani, son Aryan Khan, Sameer Wankhede, and Investigating Officer VV Singh Ashish Ranjan Prasad.
Also Read: Anek' Movie Review: Ayushmann shows guts for restoring peace in Northeast, 'absolutely treat': Twitter
Big relief to Aryan Khan
Munmun Dhamecha and Arbaaz Merchant have not got a clean chit in the cruise drugs case chart sheet. Both have been named accused in the drugs case. Arbaaz Merchant is a friend of star kid Aryan Khan. In the charge sheet, it has been written that there is no evidence against 6 people. Aryan Khan, Avin Sahu, Gopal Ji Anand, Sameer Saighan, Bhaskar Arora, and Manav Singhal are among those against whom evidence was not found.
The case will be run against these 14 people
A case has been registered against the remaining 14 people. He hasn't got a clean chit. Now a case will be initiated against these 14 people. The 14 people against whom charges have been framed are Arbaaz Merchant, Munmun Dhamecha, Vikrant Chhokar, Mohar Jaiswal, Ismeet Singh Chaddha, Gromit Chopra, Nupur Satija, Abdul Kader Sheikh, Shreyas Nair, Manish Rajgadia, Achit Kumar, Chinedu Lagwe, Shivraj Harijan, Okro is the name of Ulema.
Know- what is the whole matter
On 2 October 2021, the cruise ship was raided by NCB. NCB got information about the rave party on the cruise ship. After this, 8 people including Aryan Khan were detained from the cruise ship. Then the next day they were arrested. All these arrested people had come out on bail at different times.
One of the accused is currently in jail. Aryan Khan was in jail for 28 days in this case. Shahrukh Khan and his legal team had put their whole life into getting the son released.
"SIT carried out its investigation in an objective manner. The touchstone of the principle of proof beyond reasonable doubt has been applied. Based on the investigation carried out by SIT, a complaint against 14 persons under various sections of the NDPS Act is being filed. Complaint against rest 6 persons is not being filed due to lack of sufficient evidence," a press release by the NCB said.
“Glad that the legal principles have been rightly applied when deciding the question of filing of the complaint. Also glad that the department has had the courage and objectivity to do the right thing. Else sometimes one sees that once an arrest occurs a charge sheet follows as a matter of course. It is such situations which must make us ponder over the use of the power of arrest” Senior Advocate Amit Desai, who appeared for Khan told Bar & Bench.