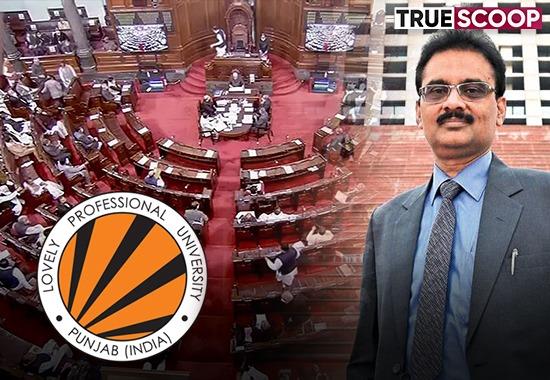 Vice President and Rajya Sabha Chairman M. Venkaiah Naidu on Monday administered the oath to three newly-elected Aam Aadmi Party (AAP) MPs.
LPU Chancellor Ashok Mittal took the oath with Sanjeev Arora and Raghav Chadha, who were elected in the recently concluded biennial election from Punjab.
During the oath-taking ceremony, Naidu advised the new members to go through publications, including 'Rajya Sabha at work', 'Practice and Procedure of Parliament' by Kaul and Shakdher, Members Handbook', 'enable them to become conversant with the practice and procedures of the House and enrich their knowledge about its functioning.
Also read: LPU ranked amongst the top 100 universities in the world as per THE Impact rankings 2022
Minister of State for Parliamentary Affairs, A.V. Muraleedharan, Secretary-General P.C. Mody and other senior officers of the Rajya Sabha Secretariat were also in attendance.