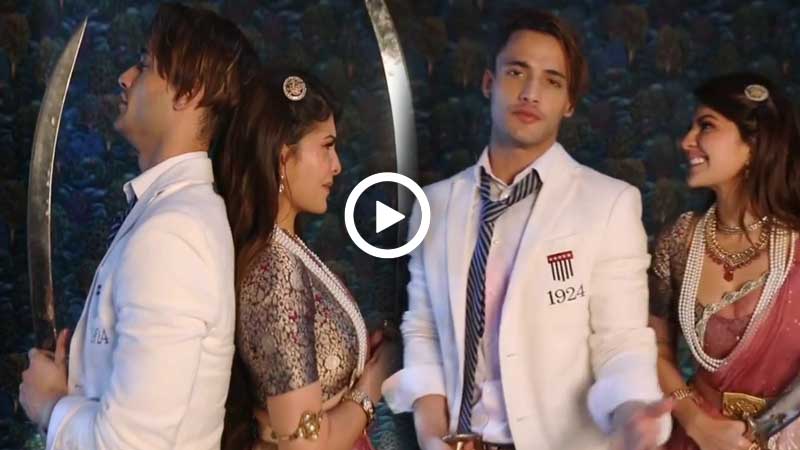 Big Boss 13 fame Asim Riaz and Bollywood actress Jacqueline Fernandez are super excited for their upcoming Holi song 'Mere Angne Mein'. Recently the duo released a funny video in which they revealed the releasing date of their video song.

The video starts with Asim speaking "Ok guys, welcome to my world of fairy tale. This is my Princess Jacqueline,” he says and Jacqueline adds, “We are coming to you on March 8 Mere Angne Mein. Get ready for it guys!”