While the list is being finalized, the final decision lies in the hands of Sonia Gandhi, Priyanka Gandhi and Rahul Gandhi who has just returned from abroad. 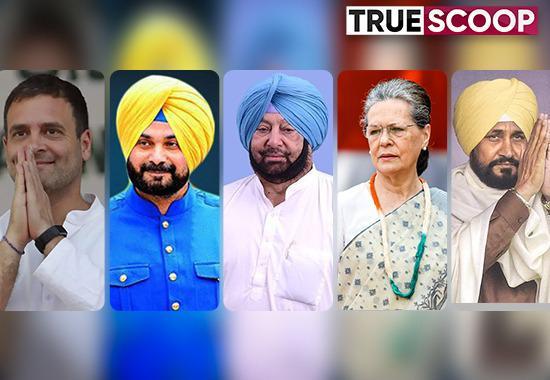 Congress is all set to release its candidature list for the 2022 Assembly elections in the next few days after the announcement of the election dates. There is an apprehension that the list will contain more than 20-25 MLAs. While Sunil Jhakar is out of India, the party held a meeting in which more than 50-70 candidates have been finalized for the upcoming assembly elections.
While the list is being finalized, the final decision lies in the hands of Sonia Gandhi, Priyanka Gandhi and Rahul Gandhi who has just returned from abroad.
Most of the proposed candidates and the MLAs are from the Punjabi region of Majha. Congress has been a strong competitor in the state for the last 70 years, won the 2017 elections with nearly 77 seats in hand. But the party has been struggling recently with all the internal problems going on. Recently when the party announced the incoming of Malvika, Dr. Harjot Kamal Singh, MLA Moga revolted against the decision.
Most of the MLAs in the party like Rana Gurjit Singh of Kapurthala, Bharat Bhushan Ashu of Ludhiana and Sukhjit Singh Randhawa deputy CM are not happy with Navjot Singh Sidhu since after the forceful resignation of Captain Amarinder Singh.
The region of Majha is a prominent and the most powerful place for congress. In the 2017 assembly elections the party bagged 22 seats in 25 constituencies and 4 districts of the region. The region was a forte of SAD but after the 2017 election, it was confined to just 2 seats.
In the Doaba region of Punjab, after Channi was announced the CM, Congress has come out as a strong party. This is due to the fact that Channi is the first Dalit CM,
and the region is dominated by Dalit population.
Congress with its trademark move to release its candidature at the last moment, is now in a bit of pressure as SAD and AAP have released their lists. The party still has until the 21st of January to file its nominations.
From the region of Attari and Baba Bakala, Tarsem Singh DC and Santokh Singh respectively are close allies of Captain Amarinder Singh. It might be that they don’t get the party ticket for the upcoming elections from the party. It is alleged that they are on the radar of Sidhu.
Also Read: Punjab 2022 Assembly Elections: Punjab To Witness a Multi-Front, Five-Party Battle for the first time
According to sources, the names might not get the tickets are—Nathu Ram(Balluana), Satkartar Kaur(Ferozepur Rural), Balwinder Singh Laddi(Sri Hargobindpur), Pawan Kumar Adia(Sham Chaurasi), Sushil Kumar Rinku(Jalandhar West).
Due to the ongoing politics in the party, there are other names which could be replaced by new faces. These include—Rana Gurmeet Singh Sodhi and Fatehganj Singh Bajwa who joined the BJP and Captain Amarinder Singh who was forced to resign.
Hardev Singh Ladi Sherowalia and Sushil Kumar Rinku are on the radar of Navjot Singh Sidhu as the MLA is close to Rana Gurjeet Singh, who has opposed the decisions of Sidhu in the past. Post the forceful resignation of Captain the duo doesn’t get along very well.
Sukhpal Singh Khera has an ongoing trial against him in the ED case. His ticket for the assembly elections is in jeopardy.
After the announcement of Malvika into the party and the revolt of Dr Harjot Kamal Singh yesterday, his ticket is in danger. Other names that could be replaced by the party Joginder Pal, Sadhu Singh Dharamsot, Rana K.P Singh, Ajaib Singh Bhatti.
What happens now is a wait and watch game.