'August 16, 1947' teaser shows how Gandhi was perceived deep down south 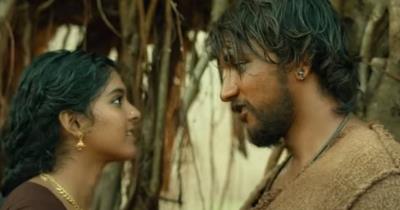 Interestingly, the is being produced by ace director A R Murugadoss along with Om Prakash Bhatt and Narsiram Choudhary. The teaser shows that the story of the film is set at a time when India was on the verge of gaining Independence.

It also beautifully shows that at a time when there was no television or photography, how some people, down the south, believed Gandhi to be a tall, strong, muscular, well built man whom the British feared.

The teaser gives a glimpse into the atrocities committed by the British and shows how they were particular about instilling fear among the Indians.

They wanted to instill fear so deep, that even after independence, Indians would still tremble at the sight of anybody who could speak English for the next 100 years.

Releasing the teaser, Simbu said: "A fight for freedom, a force against oppression!

The film, which will also star Cooku with Comali fame Pugazh, has music by Sean Roldan and cinematography by Selvakumar.