Australia: Is the brutal knife attack on Shubham Garg in Sydney a restart of violence against Indians in the country?

Shubham was stabbed multiple times to his face, chest, and abdomen at the corner of Pacific Highway and Gatacre Avenue Lane Cove in Sydney’s Artamon Author : Ujjwal Samrat 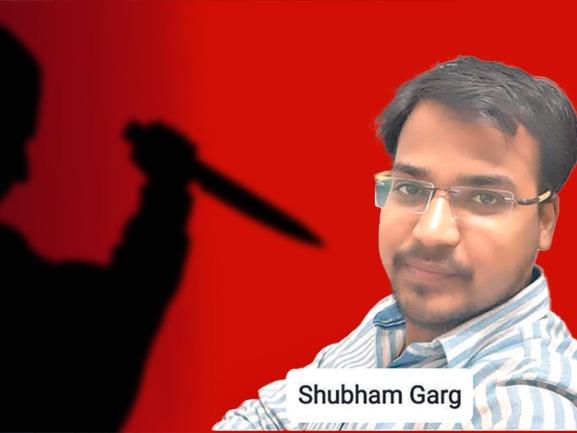 When the Indian students were finally making themselves comfortable in Australia, the brutal stabbing of Shubham Garg reignited the debate on the safety of the Indians living in Australia. Australia which has an infamous history of violence against Indians is yet again in the spotlight after Shubham Garg stabbing incident, For the unversed, a 28-year-old Indian-origin student named Shubham Garg was brutally stabbed 11 times in Sydney on October 6. Shubah Garg who has been pursuing Ph.D. in Mechanical Engineering at the University of NSW in Sydney when he was walking near Gatacre Avenue. Shubham was rushed to a nearby hospital named Royal North Shore Hospital. Shubham underwent surgery and remains in critical condition. After the shocking incident, Shubahm's family sought help from PM Modi, UP CM Yogi Adityanath, and External Affairs Minister S Jaishankar for an emergency visa on Twitter.

As per Australian media reports, Shubham was stabbed multiple times to his face, chest, and abdomen at the corner of Pacific Highway and Gatacre Avenue Lane Cove in Sydney’s Artamon. He was allegedly approached by Daniel Norwood at the top of Gatacre Avenue near the Pacific Highway Lane Cove. Daniel Norwood allegedly threatened Shubham while demanding cash and his phone. Shubham refused and was allegedly stabbed a number of times in the abdomen before the assailant fled.

My brother Shubham Garg, 28,from UP, was brutually attacked in Sydney, Australia 11 times with knife and he is in critical condition.We seek your immediate help in this matter and emergency visa to family member to look after him.@PMOIndia @myogiadityanath @DrSJaishankar

A 27-year-old person named Daniel Norwood was arrested near the crime scene and has been charged with attempted murder. A search warrant was issued for a local residence and multiple items have been seized by the police. The Hornsby Local Court has denied bail to Norwood. He will be produced again on December 14.

Notably, Shubham Garg came to Australia (Sydney) just last month in September to do his Ph.D. in Mechanical engineering from the University of NSW. Before coming to Australia he finished his master’s degree at IIT Chennai. Shubham comes from a middle-class family in Uttar Pradesh’s Agra. It is pertinent to mention here that, True Scoop cannot confirm that whether Shubham's family was granted an emergency visa or not, as they did not receive any response from the government of India on social media.

Attacks against Indians in Australia

Notably, attacks against Indians are not new in Australia. Mostly in Melbourne, Sydney, and India, multiple reports of crimes and robberies against Indians in Australia were described as racially motivated. In June 2009, the Victoria Police Chief Commissioner, Simon Overland stated that some of the crimes were racist in nature, and others were opportunistic. Furthermore, a subsequent Indian Government investigation concluded that, of 152 reported assaults against Indian students in Australia that year, 23 involved racial overtones.

Reportedly, Indian students were at that time the second largest group of international students studying at a tertiary level in Australia. From 2004 to 2009, the number of Indians studying in Australia rose from 30,000 to 97,000 with 45,000 of these living in Melbourne, 32,000 in Adelaide and the remainder shared between Sydney, Brisbane, and Perth.

Furthermore, statistics also suggested that there were 120,913 Indian students enrolled to undertake an Australian qualification in 2009. In the year 2007–2008, 1,447 Indians had been victims of crime including assaults and robberies in the state of Victoria in Australia. However, the statistics reportedly show that Indians were not overrepresented in assaults. In either case, the Victorian police refused to release the data for public scrutiny, the stated reason being that it was 'problematic: as well as 'subjective and open to interpretation'.

After incidents in May 2009, over 4,000 Indian students staged a protest opposite Federation Square in Melbourne on 31 May 2009, saying attacks on Indian students were motivated by racism and were not being sufficiently addressed by the Australian Government.