About 10,000 camels are at risk of being shot and killed in a drought-stricken region of Australia, after receiving numerous complaints that the thirsty animals are desperately in search of water, thereby, endangering locals. 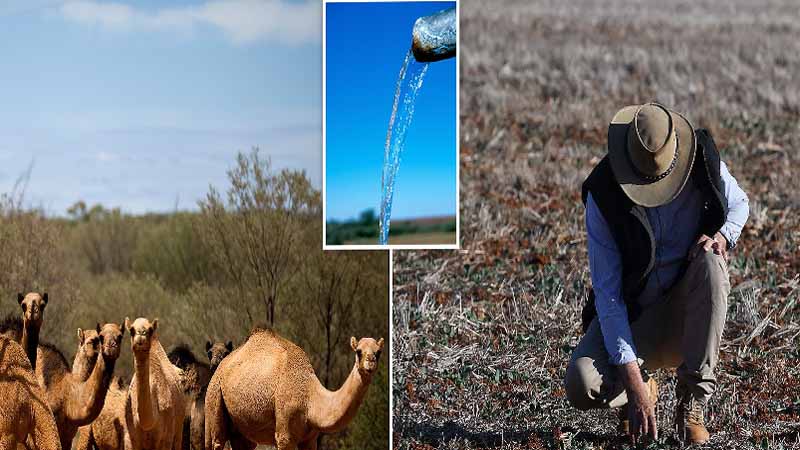 Aboriginal officials in the remote northwest of South Australia has approved the killing of camels which is to begin on Wednesday and is expected to last for five days.

"The extremely large groups of camels and other feral animals in and around community are putting pressure on the remote Aboriginal communities as they search for water," said the area's local government, Anangu Pitjantjatjara Yankunytjajara in a memo.

In the note it was also added, "With the ongoing dry conditions the large camel congregations threatening the APY communities and infrastructure, camel control is needed."

The cull will foresee professional shooters killing thousands of creatures with which 10,000 camels are at verge of risk.

Like most of the country, South Australia has been under extremely high temperatures for weeks. Though not as badly hit as New South Wales, the most populous state was blanketed with smoke and has endangered wildlife populations.

Marita Baker, an APY board member informed The Australian Newspaper that her community had been immersed by the creatures as they hunt for water. She said, ” We have been stuck in stinking hot and uncomfortable conditions, feeling unwell, because the camels are coming in and knocking down fences, getting in around the houses and trying to get water through air conditioners."

The APY region is an intensively remote area of South Australia and is less populated. Only about 2,300 people live in the region, which is roughly the size of Kentucky, the US state.

It is believed that there are more than 1 million camels in Australia and the country's camel population is growing rapidly.

Camels are not only species suffering from heat waves and wildfires. Various other creatures have also been found approaching to humans to quench their thirst in recent weeks.  A video of koala chugging water from bottle of a cyclist's went viral last month.

By now, it is estimated that hundreds of millions of animals have been killed by the blazes.

Fires are not new to Australia, but this time it is massive, growing with high intensity and becoming destructive in recent years, a problem that has been aggravated by climate change. Animals have been on the front lines as Australia has the highest rate of special loss of any area in the world, and researchers fear that rate would increase as the fire disaster continues.