Australian Prime Minister Scott Morrison on Saturday announced the ruling Coalition would spend A$150 million ($105 million) to reduce the out-of-pocket costs of medicines from 2023 if elected in the May 21 polls. 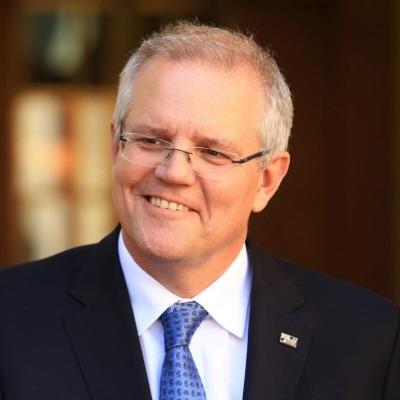 Australian Prime Minister Scott Morrison on Saturday announced the ruling Coalition would spend A$150 million ($105 million) to reduce the out-of-pocket costs of medicines from 2023 if elected in the May 21 polls. Under the plan, the maximum cost of all medications subsidized by the government under the Pharmaceutical Benefits Scheme (PBS) would be reduced from A$42.50 per prescription to A$32.50, reports Xinhua news agency.Morrison said the measure would offer immediate cost of living relief to 19 million Australians."In the Budget this year, we understood the need to take action to provide relief on cost of living pressures, and we know those pressures are real," he told reporters."There are many things you can't control... But you can make the safety net more generous to help people who are on these medications, and you can reduce this non-concessional payment down by A$10 on every single script."According to opinion polls, the Coalition has failed to make up significant ground on the Opposition Labor Party during the campaign.Labor leader Anthony Albanese on Saturday hit the campaign trail in Western Australia (WA) ahead of officially launching the party's campaign on Sunday.On Saturday, he promised a Labor government would establish a royal commission into the Robodebt scheme -- an automated government system for recovering debts from welfare recipients that was ruled unlawful in 2019.Morrison, who was the Minister for Social Services when Robodebt was launched, has denied any responsibility for the scheme, which pursued more than 400,000 wrongly-issued debts.Albanese described it as "a human tragedy, wrought by this government"."Against all evidence, and all the outcry, the government insisted on using algorithms instead of people to pursue debt recovery against Australians who in many cases had no debt to pay," he said.
"It caused untold misery. Only an Albanese Labor government will find out the truth."