Avatar: The Way of Water not to release in Kerala, know the reason

Avatar 2 will not be released in Kerala because of a disagreement over profit-sharing with the distributors of the film. Author : Guneet kaur 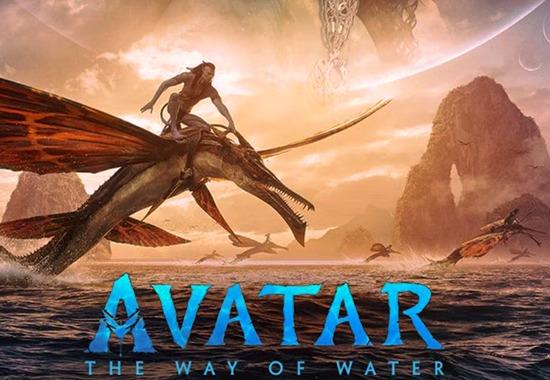 Helmed by famous filmmaker James Cameron, Avatar: The Way of Water also termed Avatar 2 is all set to release on big screen this month. The movie is a sequel of epic science fiction Avatar which became the highest-grossing movie of all time. The movie grossed a whooping amount of Rs. 21,391 crores approximately all over the world. Its director, James Cameron is best known for his world-famous movies like Titanic, The Judgement Day, Terminator, etc.

Avatar: The Way of Water is all set to release on 16th December 2022 in India. The movie will be available in six languages i.e. English, Hindi, Tamil, Telugu, Malayalam, and Kannada. Fans can’t keep calm for the biggest sequel of all time to release so they can get its experience, but uncertainty is looming over Avatar 2’s release in Kerala. On Tuesday FEUOK (Film Exhibitors United Organization of Kerala) stated that Avatar: The Way of Water will not be released in Kerala because of a disagreement over profit-sharing with the distributors of the film.

K Vijaykumar who is the President of the organization while sharing the information about not screening Avatar 2 in Kerala said that the distributors and theatre owners are not coming to an agreement. He further explained the dispute said that distributors of Avatar 2 have asked 60% of profit from the revenue that theatre owner will receive in first week but owners are not ready to offer more than 55%. Another problem is that distributors have asked for an advance deposit of Rs. 5- 50 lakhs before screening which is not favorable to clause of the organization. All these disagreements have resulted in the non-screening of Avatar 2 in Kerala.

As per information, this decision is given by the organization and film distributors have not responded to it yet. The organization, as per reports is ready for negotiations but will not agree to above-stated demands.

To forego complete screening of one of the biggest films in Hollywood that enjoys a massive fan following is surely a difficult task. To not screen a movie that has earning more than $2.92 billion in ticket sales and is expected to have a huge opening in India after cinemas have seen overwhelming responses to advance bookings might not be a good decision. The organization’s President is firm on his decision despite a lot being at stake.