In the film, Ayushmann plays the role of bodybuilder Manu Munjal. 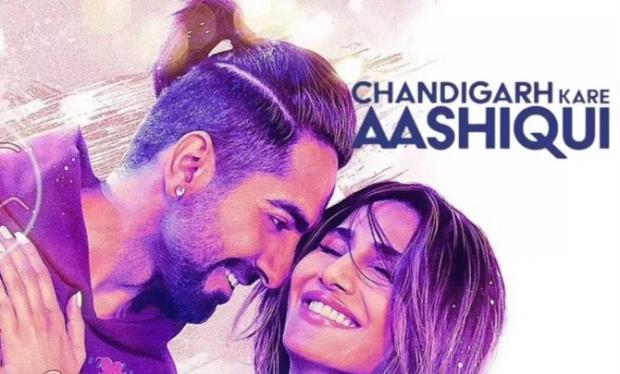 Bollywood actor Ayushmann Khurrana is known for doing unusual roles in his films. He always tries to highlight social issues and gives his fan a great social message through his films. Chandigarh Kare Aashiqui breaks stereotypes. It is a romantic drama film directed by Abhishek Kapoor and produced by T-Series.
Ayushmann starrer ‘Chandigarh Kare Aashiqui’ is now streaming on Netflix. Netflix shared the news on its Instagram handle. 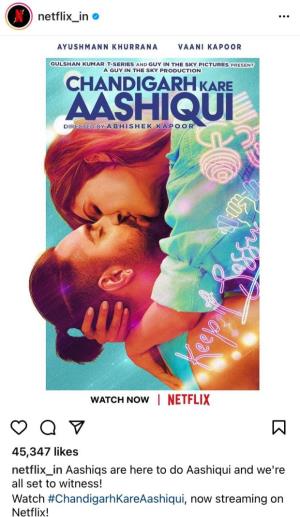 In the film, Ayushmann plays the role of bodybuilder Manu Munjal who falls in love with a super hot Zumba teacher Maanvi Brar played by Vaani Kapoor. Everything was going well until a shocking revelation causes turmoil in their love story.
The movie Chandigarh Kare Aashiqui deals with the topic of the LGBTQ community. Vaani Kapoor can be seen in a significant role. Abhishek Kapoor has graciously highlighted this issue. Ayushmann, from donating sperms in Vicky Donor, going impotent in Shubh Mangal Saavdhan or going bald in Bala, or wearing a saree in Dream Girl, has portrayed amazing roles on the silver screen.
Also read: Dharmendra unveils 2022 Dadasaheb Phalke film fest and awards

Chandigarh Kare Aashiqui is an Indian Hindi-language romantic drama film directed by Abhishek Kapoor and produced by T-Series in collaboration with Guy In The Sky Pictures.