For comfortable riding, the bike has been given a seat of 795mm as well as belly exhaust support is seen inside. 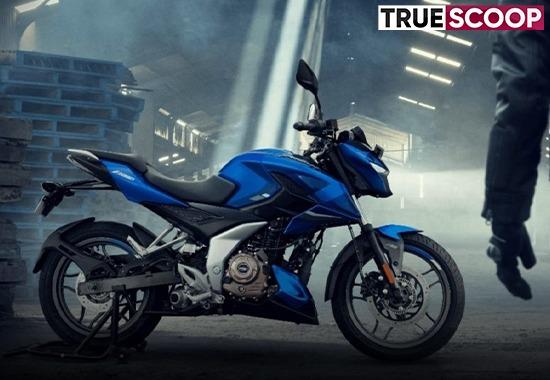 Bajaj Auto has launched its new Pulsar N160 motorcycle in India. The Pulsar N160 model is built on the same new platform on which the Pulsar 250 was launched last year. In this bike, you will get to see many safety features like an anti-lock braking system with a tremendous 165cc engine. So let's know about this bike in detail.
In terms of looks, the new N160 has been introduced with several visual enhancements. In terms of lighting, the new model comes with a single bi-functional LED projector headlamp. Slim Wolf LED Daytime Running Lamp (DRL), large fuel tank, tank extension, split seat, alloy wheels and tail-lights on either side of the bike. However, the Pulsar N160 gets an underbelly exhaust in place of the side-slung unit on the Pulsar N250. For comfortable riding, the bike has been given a seat of 795mm as well as belly exhaust support is seen inside.

Colours and Variants
The new 2022 Pulsar N160 bike is offered in four colours and comes with 3 single-disc variants. In the colour options, you get Blue, Red and Grey, while the Black colour is exclusively for the dual ABS variant of the Pulsar N160. The new Pulsar N160 is offered with a new 164.82cc 2-valve, oil-cooled, single-cylinder engine that is capable of generating 16hp power at 8,750rpm and 14.65Nm of peak torque at 6,750rpm. Talking about the transmission, this bike is also paired with a 5-speed gearbox. At the same time, if you compare it with the old model, then the new Pulsar N160 comes with 1.2hp less power than the old model. The old model comes with 17.2hp power and 14.6Nm peak torque. Thus it is equal in terms of torque.
Also Read: Patna Bike Stunt Viral Video: Boy rams girl on scooter as stunt goes wrong in horrific video; Watch
Riding safety has been taken care of
For better riding, the Bajaj N160 gets an in-class gear shift with a damper for better noise and vibration characteristics. In terms of suspension, Bajaj Pulsar N160 has been given a 37mm telescopic fork at the front and a mono-shock at the rear. With 17-inch wheels, the bike gets a 300mm front disc with dual-channel ABS for braking and a 280mm front disc on the single-channel version. At the same time, both the versions have been attached to a 230mm rear disc on the rear wheels.
The Bajaj N160 bike has been launched in India at Rs 1.28 lakh (ex-showroom). At the same time, it competes with rivals like TVS Apache RTR 160, Yamaha FZS-FI and Hero Xtreme 160R in its segment.