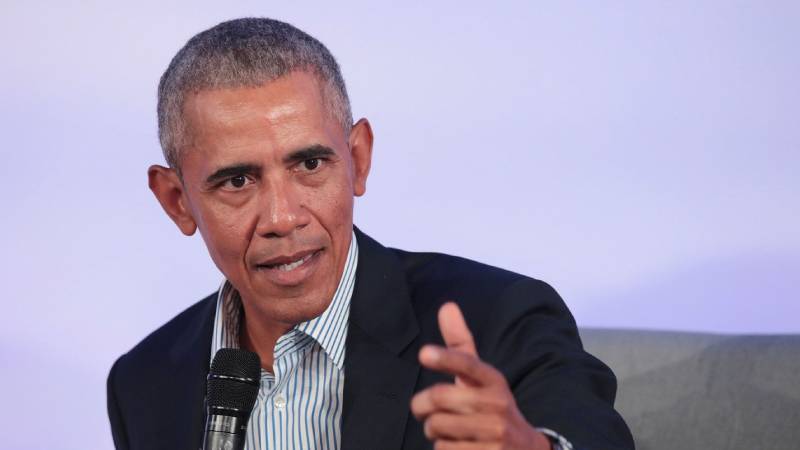 Former US President Barack Obama has sharply criticized what he described as Republican attempts at voter suppression, saying that people in power were "attacking our voting rights with surgical precision" and called for wide reform, the media reported on Friday.

In a eulogy delivered at civil rights icon John Lewis's funeral on Thursday in the Ebenezer Baptist Church, Atlanta, Obama launched a stinging attack on incumbent President Donald Trump's administration and some police departments as per reports.

"Today we witness with our own eyes, police officers kneeling on the necks of black Americans," he said.

"We can witness our federal government sending agents to use tear gas and batons against peaceful demonstrators."

He said people in the government were "doing their darnedest to discourage people from voting" by closing polling stations and imposing "restrictive ID laws" on minorities and students.

Obama also proposed a series of reforms to voting in the US, including making sure Americans are automatically registered to vote; giving the vote to former prison inmates who had "earned their second chance"; creating new polling stations and expand early voting; and making election day a national holiday so workers who can't get time off can vote.

Paying tribute to Lewis, Obama said he had become the first African-American President because of the Congressman's fight for civil rights for blacks.

Obama was quoted saying -Lewis, also a Democrat, did "everything he could to preserve this democracy and as long as we have breath in our bodies, we have to continue his cause".

Get the latest update about Peoples Rights, check out more about Obama, Black Lives Matter, True Scoop News & US President