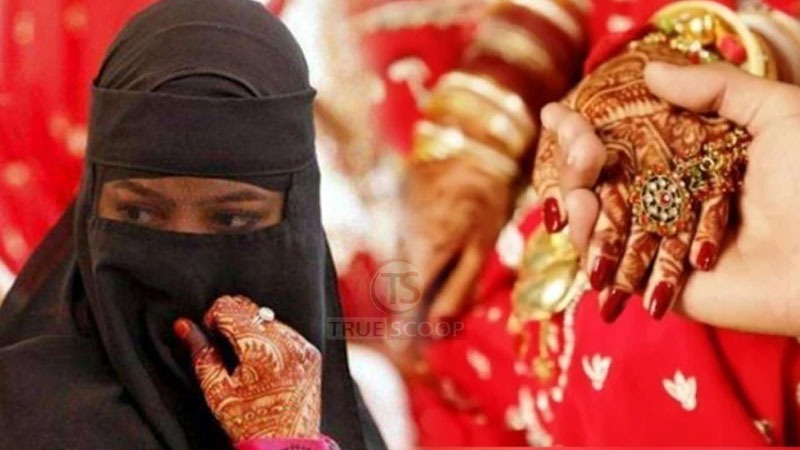 It is said that everything is fair in love and war. A similar case has come to light in Bathinda where a Muslim boy after falling in love with  20-year-old Hindu girl converted his religion to marry her. Irked over the inter-faith wedding, the BJP leader and his supporters, along with the woman’s parents, termed the marriage “love jihad” and attacked the couple’s house.
Punjab BJP secretary Sukhpal Singh Sra was arrested on Tuesday after he allegedly pelted stones at an inter-faith couple’s house in Bathinda.
In a police complaint, the Hindu girl has stated that a few days ago she had married her Muslim beloved of Jogi Nagar of her own volition, while her parents and other members of family were against it.
The couple revealed this in a video, in which they both said that they have been in love for 2 years, and the girl's family was aware of it. However, the family did not give their consent for marriage, after which the girl escaped with her boyfriend. On May 24, they got married in the Punjab and Haryana High Court and in the temple too. The girl's family members have also attacked her, prompting her to seek protection.
Also Read: 2 Agra policemen beat up businessman, suspended. CCTV Footage Viral
The girl's family members went to the police station along-with the Punjab BJP secretary and said that the girl was staying with the Muslim boy but the police was not helping the victim's family. They further alleged that the Muslim boy had neither converted his religion nor married their girl and termed the marriage 'love jihad.' Victim's family members are seeking the rescue of girl from the trap of Muslim boy.
According to police, the boy and girl are adults, which is why they got married. He has been given protection by the High Court. Both have lodged a complaint that their house was attacked by the girl's family. Statements have been recorded by the police and action is being taken. The boys and girls have demanded security, which will be taken into account.