Nandigram – Why this is the hot seat, know the facts, and a projection as to who may win. 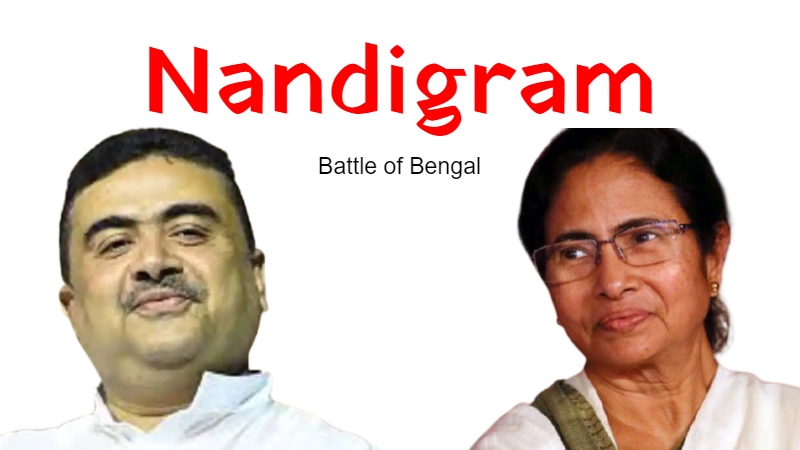 West Bengal elections are on the minds of everyone and in it, Nandigram is turning out to be the epicentre.

Nandigram in West Bengal is the place where the most pitched electoral battle will take place. This hot seat is seeing duel between two veterans, one of which was one a favourite of the other.

Yes, Shubhendu Adhikari was once near to Mamta Banerjee.

Anyways, the battle is not for the complete Nandigram, but only Nandigram-2 Block.

Experts opine that the win here will decide the overall winner.

Hindu votes seem to be the prize both the politicians are after.

Nandigram-1 has one-third Muslim population and they are resisting electoral campaigns by Shubhendu Adhikari.

When he reached the place to perform a pooja, womenfolk brought slippers and brooms to chase him away. Though, the pooja was performed albeit after starting hours late.

Nandigram-1 houses 60% of the total population of Nandigram and BJP has been unable to enter it.

Still, RSS has been quietly making its presence felt with religious banners in Hindu-majority villages.

It is clear that the support of Hindu voters is being asked for.

Mamta chose to focus on Nandigram-2 because she expects to win more than 53,000 votes from here.

However, this projection includes Hind voters also. The number of Muslim voters is about 1,10,000.

It must be noted that TMC is confident about the Muslim voters but Hindu voters is something they will have to work for.

It is believed by experts that by choosing to campaign in Nandigram-2, Mamta has been able to reach voters.

All in all, who gets the votes in this hot seat will be a result worth waiting for.