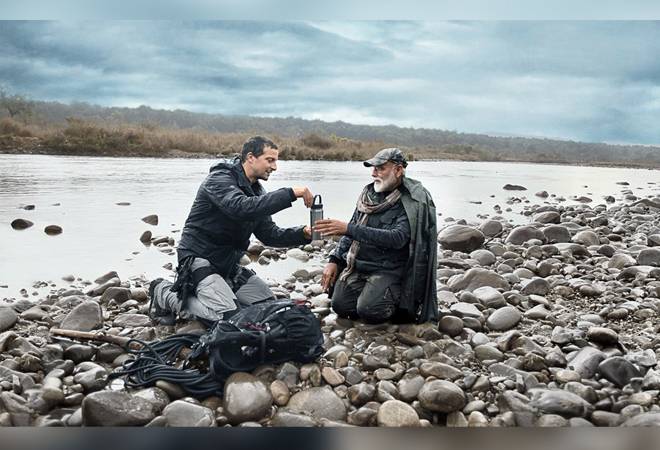 Bear Grylls, British television adventurer and anchor of the popular show “Man vs wild” revealing his favourite picture, shared a photo on Twitter which was taken with India’s Prime Minister Narendra Modi when the two filmed for the jungle survival programme in August 2019.

Grylls and PM Modi are seen sharing a cup of tea at Jim Corbett National Park in Uttarakhand against a scenic setting on a riverside. The particular episode had received millions of views across the world and was hit in India as well.

The British adventurer Twitter on Friday and wrote, "One of my favourite photos: soaking wet and sharing a cup of tea with Prime Minister Modi after our @Discovery  jungle adventure together. This moment reminds me of how the wild is the ultimate leveller. We are all the same behind the titles and masks.” His post has been retweeted over 12,000 times since it was shared on the social media platform almost 12 hours ago.

In the episode, PM Modi was seen braving the rain and the cold in the jungles -- and smelling elephant dung during the adventurer along with Bear Grylls without any security. In one of the tasks, audiences saw them crossing the freezing river in Corbett park and Grylls building a makeshift raft by using anything and everything available near him. Pm Modi also shared about his solo trips of spiritual awakening into the Himalayas in his youth in the programme.

“For years, I have lived among nature, in the mountains and the forests. These years have a lasting impact on my life. So when I was asked about a special programme focussing on life beyond politics and that too amid nature, I was both intrigued and inclined to take part in it,” Modi had said in a statement before the premiere of the show.