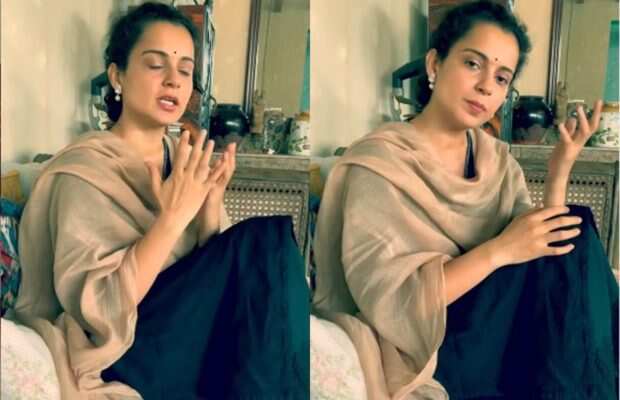 Actress Kangana Ranaut wrote in her post- 'Bangladeshi and Rohingya are the biggest strengths of Mamta…. The trend is showing that Hindus are not out there in large numbers, and according to the data, Bengali Muslims are the poorest and most deprived in the whole of India, the good one is becoming another Kashmir.'

Kangana said in her next post- 'BJP has shown an increase in # Bengal. In 2016, he won 3 seats. The growth is 2800 percent. Requires NRC and CAA. Minorities are now the majority in Bengal. The kind of passion and dedication with which Modi ji and Amit ji worked, their work is commendable.

In another post, the actress said- "Ha ha ha .. What's happening, this day is being enjoyed." BJP has performed well everywhere, but still after a very long time, they have given this opportunity to enjoy their day. But remember that he will rise again, like he always does. '

Kangana Ranaut further said - "It will be difficult to close the eyes for the blood bath to be held in #Bengal in the coming days." Many people have been killed so far and after the dreaded fear of defeat, this new found power will make them thirsty for more blood, making them powerful. Heart breaking.'

Just now Kangana share the tweet, why India lost in Bengal. She said, "Please read this thread if you care to know, why it is not about Modi or Mamta... it is about you and why India lost in #Bengal today... Like Kashmiri Hindus when there will be no where to go you will only have yourself to blame #BengalElection2021"

Let us tell you, Mamata Banerjee's party Trinamool Congress (TMC) has got an absolute majority in the Bengal elections. Party candidates have been declared victorious in 210 seats. On the other hand, BJP has so far won 76 seats.


A lot of reactions of people started coming to this post of Kangana. One user said - BJP has lost due to its overconfidence. At the same time there was so much inflation like cooking gas, wheat, fuel etc. You cannot expect votes from poor people and middle class people when they have to pay 900 rupees for gas.

The user named Shrey said - you saw the burning office of the BJP, but you could not see the light of destruction."The country is struggling with Corona, do you not see it, Madam?" User named Khan said - You always support BJP, see that one day you will definitely be made MLA.