Beyond the Headline :Punjab in the grind of a superficial Khalistan

When Khalistan flags were found fastened at the entrance of Himachal Pradesh Assembly complex in Dharamshala earlier in May, the state police promptly sealed the borders and beefed up security. The Police was quick to book Canada-based Sikhs for Justice (SFJ) chief Gurpatwant Singh Pannun under Unlawful Activities (Prevention) Act, essentially an anti-terror law. SFJ is a proscribed outfit which with its strong virtual influence, is known for radicalising people, raking up bygone sentiments and reviving the movement for Khalistan 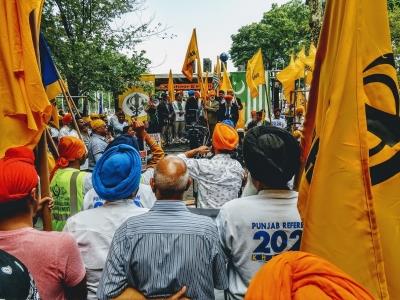