MLA Sukhpal Singh Khaira has taunted saying that this video shows Kejriwal only made promises to win elections and nothing else. Author : Guneet kaur 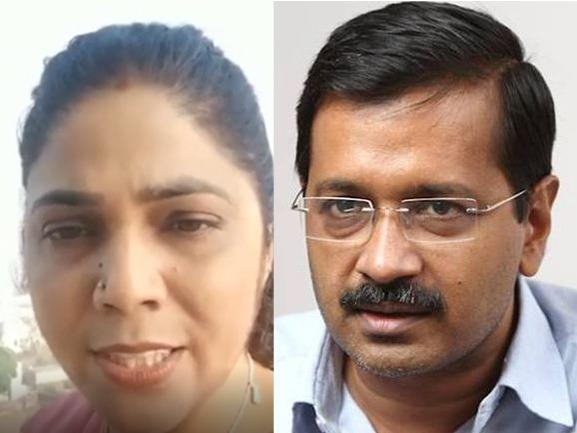 Today marks the birth anniversary of Bhagat Singh. Shaheed Bhagat Singh is one of the greatest revolutionaries of India. On his birthday today, a lot of things have been going on in his village Khatkar Kalan. It is likely that the CM of Punjab, Bhagwant Mann might also visit the village in order to pay tribute to the Shaheed E Azam.

Where on one side, all the preparations are being made to celebrate the birthday of Shaheed Bhagat Singh, on the other hand around 646 PTI teachers decided to stage a protest against the AAP government in the same village. All the PTI teachers facing unemployment have climbed the tank and staged a dharna near Bhagat Singh’s house.

The video of a female teacher has also been going viral from the village in which it can be heard that she along with other teachers are not at all happy and the promises that were made to them have not been fulfilled till now. She teacher who has made this video has been identified as Sippy Sharma. She said that she considers Delhi CM as her brother and it is hurtful for her as the promises that were made during the elections have still not been fulfilled.

The teachers who are staging the protest said that in order to get their rights, they have decided to take this step. The female teacher along with her companions said, “I hope that CM Arvind Kejriwal will be able to understand our problem and find a solution for the same.”

As soon as the video went viral, the opposition can be seen targeting the present government. MLA Sukhpal Singh Khaira has taunted saying that this video shows Kejriwal only made promises to win elections and nothing else.

Lets see if our Inqlabi leaders @ArvindKejriwal & @BhagwantMann meet their sister Sippy Sharma (jobless 646 PTI’s) who’s once again atop a water tank in SBS Nagar where they’re going to pay respects to Shaheed Bhagat Singh ji? Or she was made sister just for votes in 22?@INCIndia pic.twitter.com/JaLhZzeTGl