Bhool Bhulaiyaa 2 on OTT: When & Where to watch THIS movie on Netflix, How to stream free online and more

This blockbuster film 'Bhool Bhulaiya 2' starring Kartik Aaryan and Kiara Advani has been released on the OTT platform Netflix. 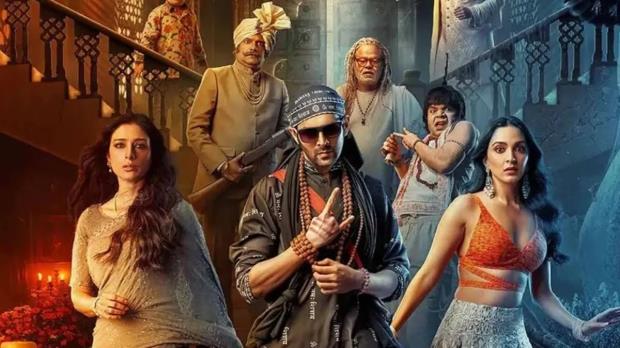 Bhool Bhulaiyaa 2 On OTT: Kartik Aaryan's 'Bhool Bhulaiyaa 2' is still rocking the box office. Released on May 20, the euphoria of this film could not get off the heads of the people, which is the reason why the crowd in theatres is not taking its name. While people are liking the pairing of Karthi and Kiara, the film was also successful in capitalizing on the success of the earlier Bhool Bhulaiyaa.
Meanwhile, the makers of the film have given another good news to the fans. This superb film by Anees Bazmee is all set to rock OTT after the grand success in theatres. So you can on which OTT you can watch 'Bhool Bhulaiyaa 2'. This blockbuster film 'Bhool Bhulaiya 2' starring Kartik Aaryan and Kiara Advani has been released on the OTT platform Netflix.
Netflix has given this information on social media. Netflix has shared a poster of the film on its official Instagram account, in which Kartik, Kiara and Tabu are seen and Kartik Aaryan is in the avatar of 'Rooh Baba'. The caption of this post states that 'Bhool Bhulaiyaa 2' has arrived on Netflix.
Also Read: Samrat Prithviraj counted as a 'big flop', Fans praise Bhool Bhulaiyaa 2; No more Nationalism movie?
If you too could not go to the cinema to watch 'Bhool Bhulaiyaa 2'. Or if you want to watch the film again even after watching it on the big screen, then you can watch it on Netflix. With this movie, you can make your Sunday a fun day. You can make the occasion of Father's Day even more fun.
Kartik Aryan's film has earned more than 176 crores at the box office so far. Even after 4 weeks, the film continues to be in the theatres. Tabu and Rajpal Yadav also played important roles in this film of Kartik Aaryan and Kiara Advani. This new series is being streamed on OTT this week, In this weekend of June, many new web series has also been released on the OTT platform, including the second part of the web series 'She' streamed on Netflix in 2020, and season 2 is streamed on Netflix on June 17.