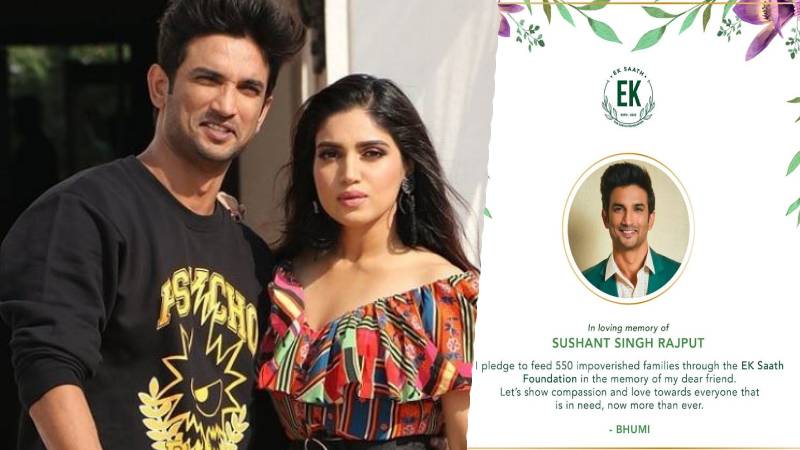 Bhumi took to Instagram to make the announcement in the memory of her "Sonchiriya" co-star. As a mark of tribute for Sushant, Bhumi is joining hands with director Abhishek Kapoor's wife Pragya‘s NGO, Ek Saath: The Earth Foundation.

"I pledge to feed 550 impoverished families through the Ek Saath Foundation in the memory of my dear friend. Let us show compassion and love towards everyone that is in need, now more than ever," Bhumi wrote.

The late actor made his Bollywood debut as an actor in the Abhishek Kapoor-directed "Kai Po Che" (2013), and the actor-filmmaker duo also collaborated on "Kedarnath" in 2018.

Sushant breathed his last on June 14. He was found hanging at his home in Mumbai.