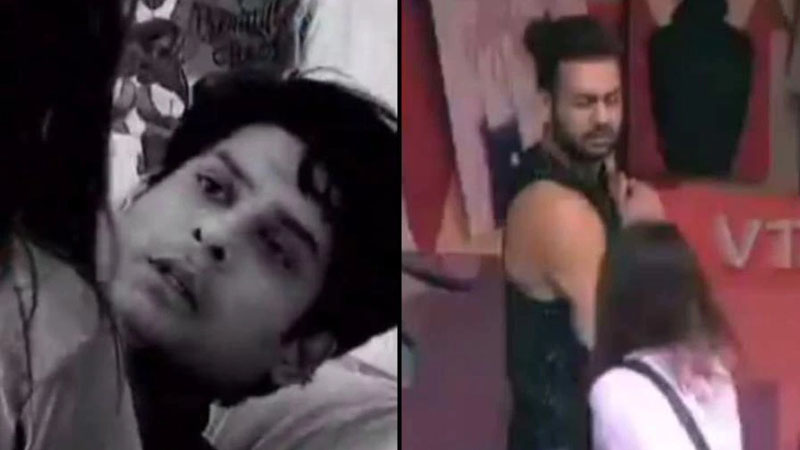 At the same time, Madhurima Tuli and Vishal Aditya Singh who were in a relationship before show ended up fighting again in the house.Madhurima had hit Vishal with a shoe. Vishal becomes infuriated with her act of violence and approaches Big Boss.

On asking Big Boss if such type of violent behavior is allowed in this house, Madhurima says," Aapka jo behaviour hai, kisi chappal se kum nahi hai, (Your behavior is as good as throwing a shoe at me)." He further gives an ultimatum- if she stays in the house, he will no longer want to be a part of the show.

Also Read: Kushal Punjabi suicide note found. This is what he wrote

Big Boss in this regard, gives one last chance to Madhurima and Vishal to give it a second thought if they want to stay together in the show or not. Sidharth stands up in defense of Madhurima and says if anyone here in the house is right then it is her.

Later in the video, Sidharth goes to Shehnaaz and tries talking to her. Shehnaz who got violent to him is seen breaking a photo frame. she is then seen pushing him and even flinging a slipper at him as she screams,"Teri problem kya hai? Poke karta hai mujhe? Sidharth, main sachchi bol rahi hoon, mujhe irritate mat kar! (What is your problem? Are you persuading me? Sidharth, I am telling you to do not irritate me!)." The other housemates then come and try to console Shehnaaz when she bursts into tears of anger.