Big Boss contestants Shehnaaz Gill and Sidharth Shukla share a close bond with each other in the house and are among the most talked celebrities on the show. 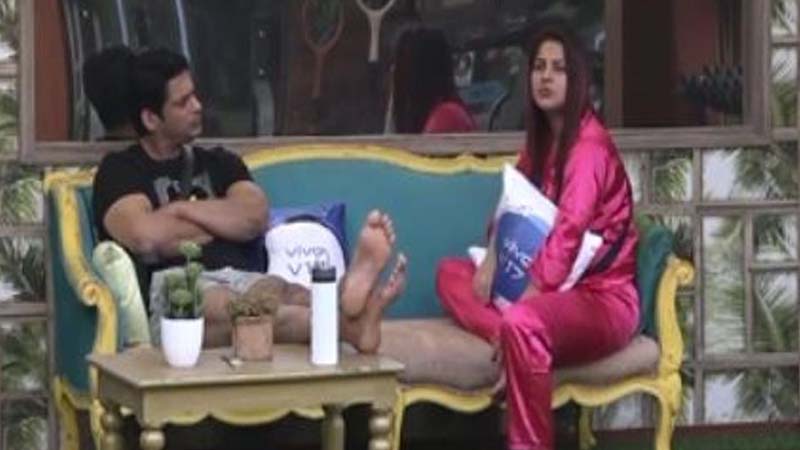 However, a recent brawl between the two has led to a physical attack by Sidharth on Shehnaaz raising questions on the makers on how voilence was being created for high TRPs.

A day after fight, Shehnaaz approached Sidharth to start a conversation with him. In the episode, it is also noticeable that Shehnaaz went to Rashami Desai to help her to re-connect her friendship with Sidharth. However, Rashami assured her that she is even stronger without him in the show.

The viewers, however, remain divided on the fate of their relationship. One member of the audience claimed that the two are in a fake relationship. He wrote, “#SidNaaz exposed today.#Sana said, “janta jiske sath dekhna chahega hum usike sath rahenge, sab bolte he bahar #SidNaaz trend chal raha he.” Both #Sid and #Sana using each other for the footage and they think people are liking their bond that’s why jabarjasti rehena he sath me. (Shehnaaz and Sidharth have been exposed today. Sana said ‘I will live with the one the public wants me to be with. Everybody says that their is a #SidNaaz trend outside the house’).”

A viewer wrote on Twitter, “God please be that the end, can’t see Sana acting fake just because @lostboy54 Said to her sidnaaz is popular.” Calling it a friendship, another wrote, “We want #sid separate...We don’t want to see fake ..dosti..Matlab ki dosti.” A viewer questioned Sidharth’s loyalty for Shehnaaz and tweeted, “So why does he sit with paras and mahira when they call@sana jealous all the time if he expects from her he should also do the same.”

Their fans who cheer for them with the hashtag #SidNaaz came out in their support on Twitter. A fan wrote on Twitter, “Not feeling very bad to see them like that shehnaaz tried to convince sidharth but he didn’t.please bigg boss tell sidharth that shehnaaz is very good friend of him. #Sidnaaz.” Another hinted about them becoming the two finalists on the show and tweeted, “#SidNaaz will be in top 2...donk ek saath lights off karenge @BiggBoss likhe ke lelo... #SidharthShukla #ShehnaazGill.”