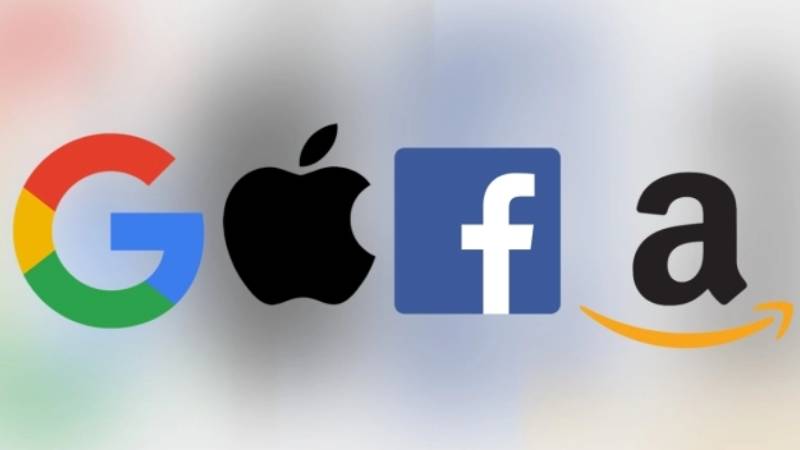 The CEOs of Facebook, Apple, Google and Amazon have defended their respective positions in the global market ahead of the historic testimony before the House Judiciary Antitrust Subcommittee on Wednesday.

The US panel was set to grill Jeff Bezos, Tim Cook, Mark Zuckerberg and Sundar Pichai together over the dominance in their fields of e-retail, smartphone software, social media and Search, respectively.

In a prepared statement before his appearance, Cook said that "Apple does not have a dominant market share in any market where we do business."

Cook was set to defend the company's 30 per cent fee of digital transactions on the App Store.

"Apple's commissions are comparable to or lower than commissions charged by the majority of our competitors. And they are vastly lower than the 50 to 70 per cent that software developers paid to distribute their work before we launched the App Store," Cook said in the prepared remarks.

Apple is facing criticism over its App Store, which is the only way to install consumer software on an I-Phone.

Zuckerberg defended Facebook's acquisitions of Instagram and WhatsApp in his prepared remarks.

"Instagram and WhatsApp have been able to grow and operate their services using Facebook's bespoke, lower-cost infrastructure and tackle spam and harmful content with Facebook's integrity teams and technology".

"We have developed new products for Instagram and WhatsApp and we have learned from those companies to bring new ideas to Facebook. The end result is better services that provide more value to people and advertisers, which is a core goal of Facebook's acquisition strategy," defended Zuckerberg.

Bezos said that Amazon should be scrutinized.

"We should scrutinize all large institutions, whether they're companies, government agencies, or non-profits. Our responsibility is to make sure we pass such scrutiny with flying colours," he mentioned in his prepared remarks.

"Amazon accounts for less than 1% of the $25 trillion global retail market and less than 4% of retail in the U.S. Unlike industries that are winner-take-all, there's room in retail for many winners," he argued.

For example, more than 80 retailers in the U.S. alone earn over $1 billion in annual revenue.

"Every day, Amazon competes against large, established players like Target, Costco, Kroger, and, of course, Walmart - a company more than twice Amazon's size".

Walmart's online sales grew 74 per cent in the first quarter.

"And customers are increasingly flocking to services invented by other stores that Amazon still can't match at the scale of other large companies, like curbside pickup and in-store returns," said Bezos.

In his prepared testimony, Alphabet and Google CEO Sundar Pichai said that the company's services like “Search” offer major benefits for consumers and small businesses.

"We know Google's continued success is not guaranteed. Google operates in highly competitive and dynamic global markets, in which prices are free or falling, and products are constantly improving. Today's competitive landscape looks nothing like it did 5 years ago, let alone 21 years ago, when Google launched its first product, Google Search," he said.

"We also deliberately build platforms that support the innovation of others," he added, referring to the Android operating system.

"Using Android - a product I worked on for many years - thousands of device makers and mobile operators build and sell devices without any licensing fees to us or any requirement to integrate our products. This greatly reduces device prices, and today billions of consumers around the globe are now able to afford cutting-edge smartphones, some for less than $50," Pichai emphasized.

The House Judiciary antitrust subcommittee has confirmed "the hearing would now begin at noon (US time) on Wednesday".

Scheduled for Monday, the congressional hearing was postponed in the wake of the death of civil rights icon and Democratic Congressman John Lewis.

Get the latest update about Amazon, check out more about CEO, Antitrust, Top News & Breaking News