The Bihar teacher assault minor viral video had recently spread like wildfire with netizens started demanding the arrest of the teacher. 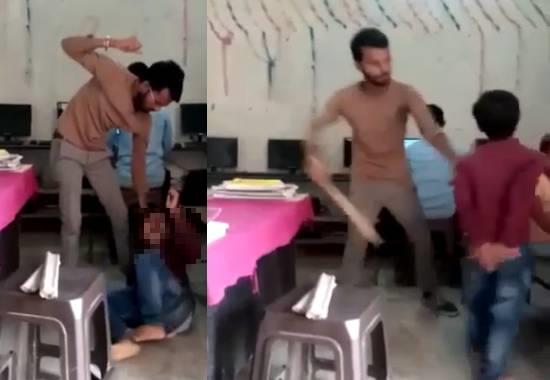 In what can be called an act of pure evil, a tuition teacher was arrested from Nalanda, Bihar on Thursday for brutally assaulting a 6-year-old minor. The Bihar teacher assault minor viral video had recently spread like wildfire with netizens started demanding the arrest of the teacher. Now, on Thursday, Bihar Police arrested the teacher from Nalanda, Bihar in the case pertaining to the brutal assault of a 6-year-old minor.
As per SSP Patna MS Dhillon, a teacher named Amarkant Kumar thrashed the child after he witnessed him talking to a female student. Dhillon further stated that a special team was constituted considering the matter's seriousness. Not only this, the National Commission for Protection of Child Rights had also taken cognizance. As per SSP Patna, the child was in trauma. However, he is now healthy and at his home with his parents.
Bihar Teacher assault video
In the viral Bihar teacher assault video, the teacher can be seen shamelessly and mercilessly thrashing and assaulting the minor. While the minor kept on screaming in pain, the teacher did not stop his beating. Following this incident, the Bihar teacher assault video went viral and the state Police came into action.
Also Read: Bhagalpur Danapur intercity train video: Elderly TC gets beaten by Police for asking tickets; Watch