Biopic announced on Famous Comedian Kapil Sharma, to be named as ‘Funkaar’

Fukrey director Mrighdeep Singh Lamba will be directing the film. 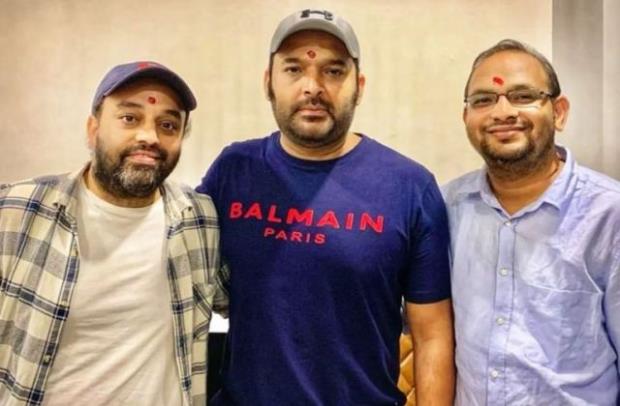 Fukrey director Mirghdeep Singh Lamba is all set to bring story of famous comedian Kapil Sharma on the big screen. Kapil did a lot of struggle to make this far. Fans love him greatly.
Titled ‘Funkaar’ the film will narrate the journey of Kapil Sharma touching every aspect of his life. From stand-up comedian to host of The Kapil Sharma Show, Kapil’s journey is an inspiration for budding artists.
Film critic Taran Adarsh shared the news about Kapil Sharma’s biopic on his Social media handle. 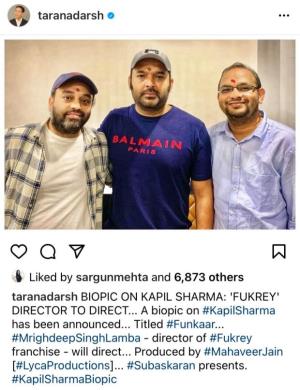 Sharma rose to fame after winning the comedy reality television show The Great Indian Laughter Challenge in 2007, for which he won a cash prize of INR ₹10 lakh. He participated in Sony's Comedy Circus and went on to win six seasons of the show.
Also read: 'The Kapil Sharma Show': Divya Dutta opens up on her book and her crush on Salman Khan
Sharma made his Bollywood debut as the male lead in the movie Kis Kisko Pyaar Karoon, a romantic-comedy directed by Abbas Mustan opposite four actresses, Elli Avram, Manjari Phadnis, Simran Kaur Mundi and Sai Lokur. The film was released on 25 September 2015 to mixed reviews from critics, but did record-breaking opening day business for a debut.