By announcing the roll back of the three farm laws and apologising for his inability to convince farmers on the issue, Prime Minister Narendra Modi has managed to effectively check the reverses that the BJP was likely to face in the upcoming Assembly elections. 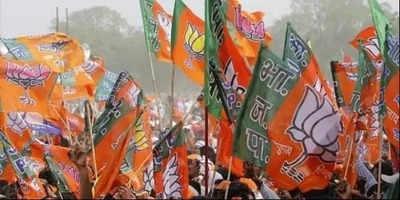 The BJP is elated that this major issue that has changed political alignments in western Uttar Pradesh, in particular, has been neutralised by the Prime Minister.

Legislators bore the brunt of farmers' anger in the region since the past several months when their agitation was underway.

The party asked all its elected representatives to reach out to farmers and explain the advantages of the laws, but BJP ministers and legislators were rudely turned away from several villages and the local farmers were not even willing to talk to them on the issue.

The situation turned even more grim when the BJP lost in the panchayat elections and no efforts to assuage the caste feelings in the region had any impact.

"We knew that the issue will dominate the campaign and we will face reverses in western Uttar Pradesh where the farmers' agitation had a major impact. The Prime Minister's decision to roll back the farm laws will help us to a great extent but we now face the problem of justifying our earlier support to the contentious laws in the past months," said a BJP MLA from the region.

The state unit of the BJP is confident that the rollback decision will help it greatly in regaining lost ground in western Uttar Pradesh.

"We are working overtime to regain lost ground after the Prime Minister's announcement. We are also confident that farmers will now listen to what we have to say. After all, there is so much that the Modi and Yogi governments have done for the benefit of farmers and we now need to carry the message forward," said Uttar Pradesh BJP president Swatantra Dev Singh.

Another BJP MLA from the region said: "The roll back will neutralise the hostile feelings of farmers and then it is up to us to create a positive atmosphere for BJP. We are aware that the opposition will continue with its misinformation campaign but we will counter them."

According to sources, the BJP is even toying with the idea of replacing those legislators who had gone overboard in criticizing the farmers during their agitation.

However, one issue that continues to work against the ruling party is the Lakhimpur Kheri incident.

A party functionary admitted that the opposition will now harp on the October 3 incident because they have lost the farm laws' issue after the Prime Minister's announcement.

Besides, the mood of the farmers is still a cause of concern for the BJP.

Bharatiya Kisan Union (BKU) spokesperson Rakesh Tikait said on Saturday that 'Mission UP ' is far from over.

"Uttar Pradesh has a lot to answer for. The Lakhimpur incident, the cartoons they made of farmers, they called us 'Mawali' - all these issued are still alive," he said.