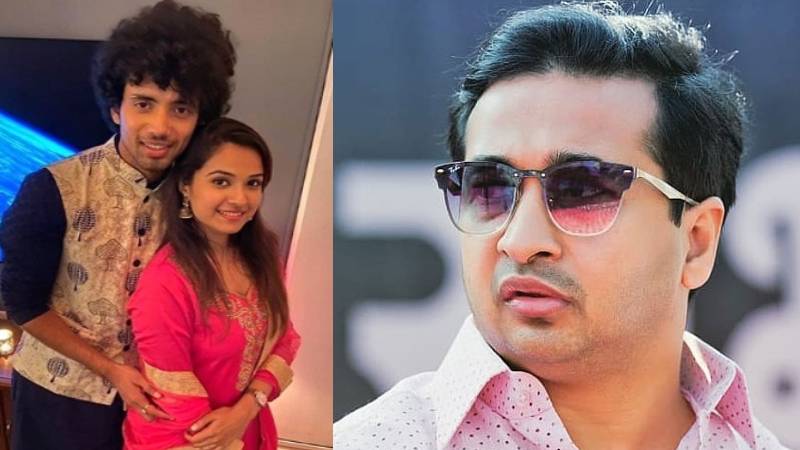 BJP MLA Nitesh Rane in an interview with Republic made some sensational revelations in Sushant's former manager Disha Salian's case. The leader shifted the spotlight to some unexplored facts of Disha Salian's death.

Rane in the interview said that there are very straight forward and suspicious developments that started to take place after June 8 till June 3. If you understand Disha did not use to stay with her parents she used to live with her boyfriend Rohan Rai. They were both in a relationship and were planning to settle down. Surprisingly after Disha's death, no-one heard from him and never spoke about his stand on Disha''s death. Why isn't he coming out and saying it was a suicide or it wasn't a suicide.

Why isn't he narrating that whether Disha was in the wrong state of mind that is why she suicided or even if he thinks it was not a suicide he has not even spoken a single word.  Rohan is completely disappeared today.

Rane added it actually raises questions in his mind that what exactly happened on June 8 that Rohan knew which is why he is not anywhere in the picture right now. Co-incidentally on June 9th Rohan Rai and his friends were co-ordinating Disha's funeral, while the provisional post-mortem report of Disha is dated June 11th. So if Rohan was co-ordinating Disha's funeral on the 9th, how the post-mortem took place on the 11th?

Also Read: Kangana Ranaut hits back at Jaya Bachchan asks what if Shweta was she and Abhishek Bachchan was found dead like Sushant?

Rane said that every day we hear that he has gone to this place, that place and even he is not in touch with anyone since Disha's death, all these things raise suspicion and the CBI must check on it. “Something must have happened at the party of June 8 and someone must have been present there because of which the Mumbai Police is on the backfoot. The whole system is trying to save someone who must have been present on both June 8 and 12. The CBI should check mobile tower locations to track these people.