While the character of Natasha Romanoff deserved a trilogy, this Scarlett Johansson-starrer is a fitting send-off to our favourite Avenger. 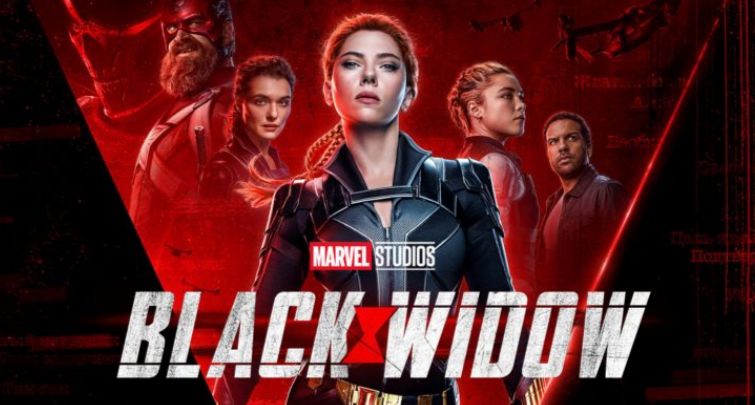 Black Widow — now streaming on Disney+ Hotstar, over a month and a half after its Disney+ debut — is frustrating on many counts. As an espionage action thriller, it's a mishmash of other movies of its ilk. A fisticuff between the film's female leads is reminiscent of the choreography and cinematography from Paul Greengrass' Matt Damon-led Jason Bourne films. Black Widow's early Budapest car chase is drawing on the energy of Tom Cruise's Mission: Impossible. Another shot in that sequence reminded me of the 2012 James Bond movie Skyfall, with Daniel Craig and Javier Bardem. A character even watches a Bond film during Black Widow — the 1979 Roger Moore-starrer Moonraker, to be specific — that serves as a bit of foreshadowing for events later in the Marvel movie.

Displaying all the worst tendencies of Marvel movies — a flat visual style, a generic structure and an instantly-forgettable villain — Black Widow isn’t merely uninteresting, it almost goes out of its way to avoid having any sort of personality. Marvel waited too long to give Natasha Romanoff a solo film of her own, and because of this hesitation, robbed her story of all stakes.

At times, it almost feels like as if director Cate Shortland (Lore, Somersault, Berlin Syndrome) and her team studied the greats of their genre while scouring for inspiration — and ended up borrowing their best qualities. That may well have worked out.

Unfortunately, Black Widow’s action is an amalgamation that seems to be aping others, without ever getting close to those heights. The only spark of originality is the Marvel movie's self-aware nature. That allows it to skewer its title character's oft-used “hero pose,” or take down a braggadocio man-child who's overconfident in his abilities.

But the bigger crimes are reserved for the film's characters. Black Widow is too little too late for Scarlett Johansson's Natasha Romanoff, who deserved a full arc outside of her Avengers exploits. Instead, she's gotten a farewell flick. It also wastes its helmeted villain Taskmaster who had the potential to be a lot more. Thankfully, Florence Pugh's Yelena Belova is better served.

Marvel never actually makes standalone movies, so a cynic could argue that Black Widow is essentially a $200 million (roughly Rs. 1,490 crores) backdoor pilot. This is Pugh's Marvel launch vehicle, as a replacement of sorts for the outgoing Johansson, who was killed off in the studio's biggest movie of all time, Avengers: Endgame.

Also read: Money Heist Season 5 to be dubbed in Hindi, Tamil and Telugu for Indian fans; releasing today at this time in India

And lastly, Black Widow is additionally frustrating for fans in India because it's the first Marvel Cinematic Universe movie in years to not release on time or in cinemas. Indian Marvel fans, especially those who watch English movies in local-language dubs, have had to endure a long wait. It's taken a while largely thanks to Disney+'s Premier Access day-and-date release strategy — that has separately drawn Disney into a lawsuit with Johansson, over reduced earnings from missing box office profits. And it's skipping cinemas thanks to Marvel's packed slate, what with Shang-Chi and the Legend of the Ten Rings out the same day in cinemas.