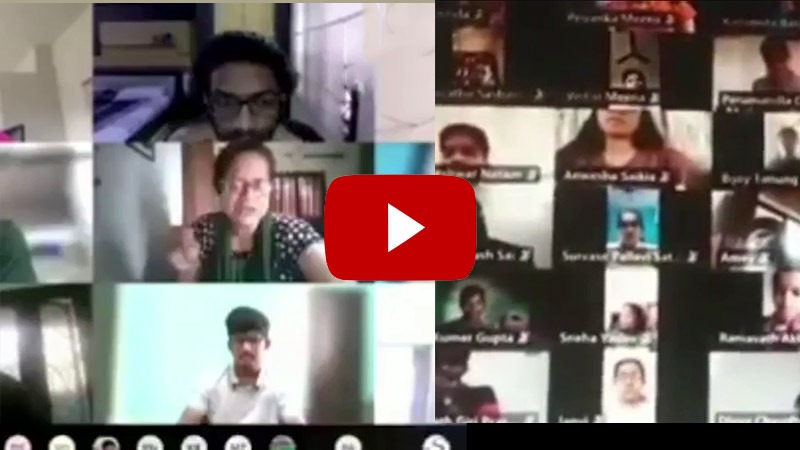 Videos of one professor of IIT-Kharagpur surfaced on the social media in which she is seen abusing her power as a teacher and breaking the social contract of teacher and the taught.

The videos have been released by a students’ group from IIT-Bombay.

The video is embedded below for your ready reference.

One of the accusations against the lady professor is her verbal abuse of the students.

Another is her open threat to fail the students unless they comply with her requests, no matter they are valid or not.

Further, the lady teacher challenged the harassed students to complain against her to two competent authorities and flaunted her power that nothing will come of it. The authorities she mentioned are the Ministry of Women and Child Care, and the Ministry of SC/ST/Minorities.

Further, she demanded that the students stand up for the national anthem, “This is the minimum you can do for your country.”

Sources claim that the institute has responded and disavows such behaviour and assures action will be taken. The director has called a meeting with the students and faculty has been referred to a review committee.

A post by appsc.iitb regarding this claims, “She knows that the savarna dominated IIT administration will protect her from any backlash.”

Now, the students are demanding the immediate termination of the lady professor, a police complaint under SC/ST Prevention of Atrocities Act, and setting up a permanent SC/ST/OBC cell at all campuses of IIT.