In a disturbing incident the parents had imprisoned the 11-year-old son with 22 dogs since the last two years. The case was reported form the Kondhwa area of Pune. 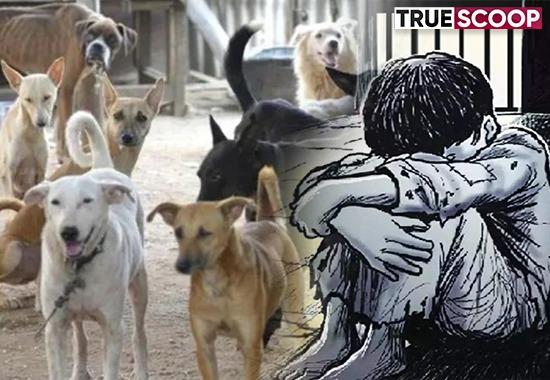 In a shocking incident which possibly blows the mind of any one it was learnt that the parents had imprisoned the 11-year-old son with 22 dogs since the last two years. The case was reported form the Kondhwa area of Pune. Though, his parents often visited him. On the complaint of the neighbors, the police raided the flat and got the child freed along with the dogs. Taking action in this case on Wednesday night, the police booked the accused parents.
Action taken so far
Pune Police have arrested Sanjay Lodhia and Sheetal Lodhia for unlawfully detaining the child in the house. Both reside in the Krishnai building of Kondhwa. They had kept 22 dogs in his house. Most of these were picked up from the roadside. Pune Police's Senior Police Inspector Sardar Patil told that the accused couple used to come to the house to provide food and then go back after staying there for some time.
The child with 22 dogs
After the complaint, the police took action and with the help of Child Line, raided the flat of Krishnai Building and rescued the child. As per initial reports the boy has been sent to the Child Care Home with the help of Child Welfare Center. Also, a case has been registered against the parents under sections 23 and 28 of the Juvenile Justice Act. The most disturbing aspect of the case which poses question over humanity is that the child was forced to live in a one-bedroom house with 22 dogs.
Also read: TN Police to develop app to prevent cybercrimes, find missing vehicles, track history-sheeters
The child behaving like dogs
It has learnt in the investigation that the accused couple was fond of keeping dogs. Neighbors explained the police that the child used to behave like a dog while sitting in the window. Due to Corona schools were closed for two years . When school started, the child also bitten other children in the school. Pune Police will go to the school today to probe the matter to confirm these claims.