On the other hand, Malaika’s sister and actress Amrita Arora posted her picture on her story and wrote “Just gonna leave this here… Queen” 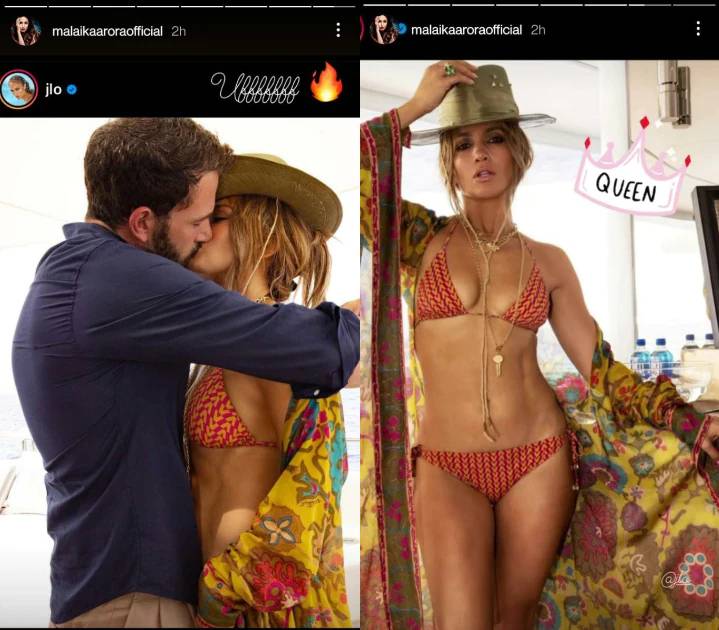 Jennifer Lopez who turned 52 on Saturday, made her relationship with her boyfriend, actor Ben Affleck official in a yacht style. On Saturday night, she gave Goosebumps to all her fans by sharing her bikini pics. She looked stunning in a red and yellow bikini and paired the outfit with a multicoloured shrug. 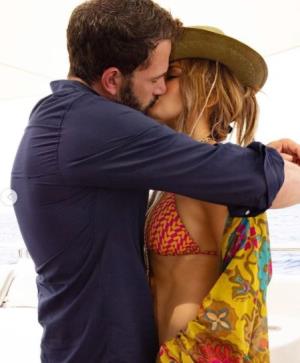 Some of the Bollywood actresses were left awestruck on seeing her story among which Malaika Arora called her the “Queen” and in another picture of Lopez and her boyfriend she wrote “ufff”. On the other hand, Malaika’s sister and actress Amrita Arora posted her picture on her story and wrote “Just gonna leave this here… Queen”

Lopaz is also an inspiration of actress Neelam Kothari and on her birthday Neelam took her Instagram to wish Lopez and said, “52!! Age is just a number. She is my inspiration.” 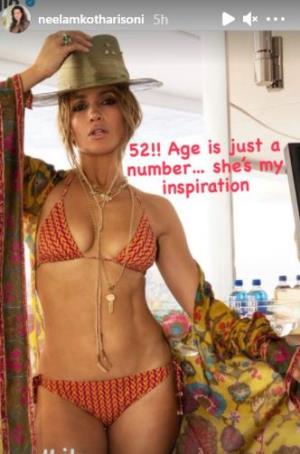 Here are the pictures of the story shared by the Bollywood actress:- 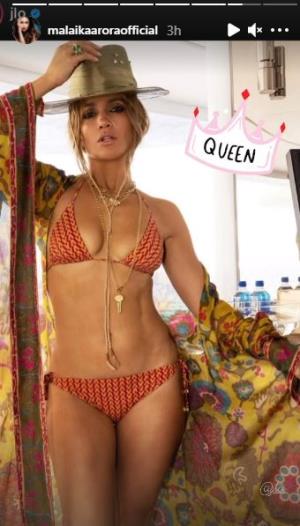 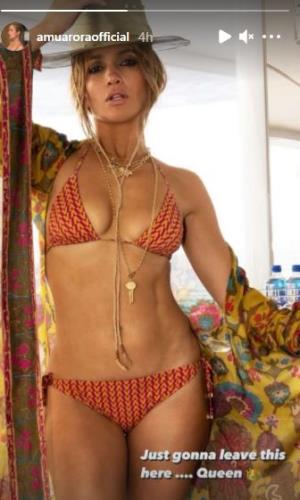 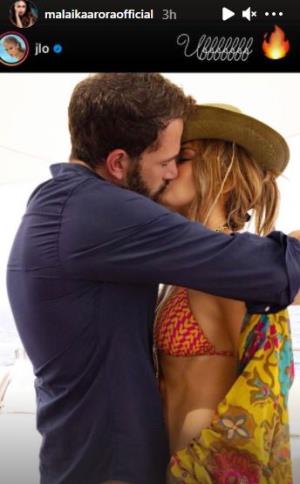 The couple was first spotted together again in April after parting away in 2004, the same year when they got engaged. After which Lopez got separated from her former fiancé, Alex Rodriguez, a professional basketball player.

"52...what it do," the role icon had captioned her birthday album with which she shared the video of herself which was recorded by her boyfriend, she mentioned: "It's my birthday, 52...what it do."