The incident took place in the southeast province of Diyarbakir, Turkey 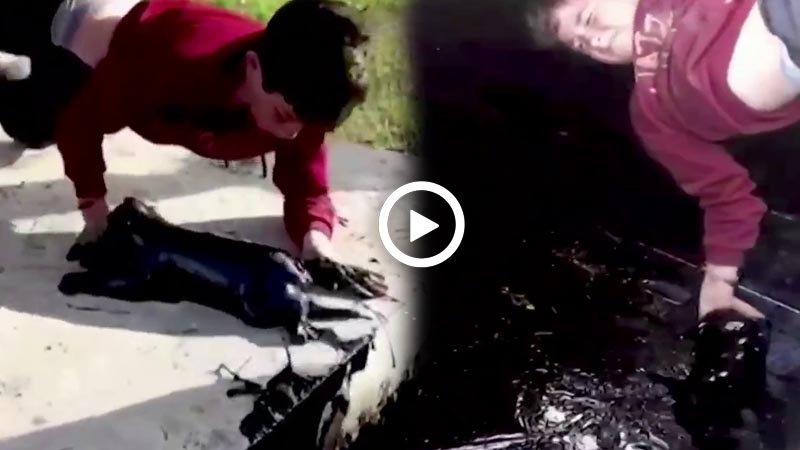 Courage is not a matter of age, its a matter of the heart. Courage is willing to do something. A video of pure courage has surfaced online in which a 10-years-old boy from Turkey rescued a pappy stuck in the oil well.

The incident took place in the southeast province of Diyarbakir, Turkey. The dog was stuck in there, covered in oil and had no way to get out. The video capturing the heroic act has gone viral on social media, with netizens praising the little boy for his courage.

The video begins with the boy hanging upside down in the oil well, trying to rescue the puppy stuck there. Interacting with a news organization the said, "We came here and heard a noise. We looked through this hole and the puppy was in there."

"We called (emergency) crews, they arrived and lifted the lid. They dangled me and I pulled it to here and I washed it there,” he added.