Nothing Phone 1: The day Carl Pei launched the first smartphone from his new company Nothing worldwide, netizens in India were not happy with the company as it sent limited smartphones for review. 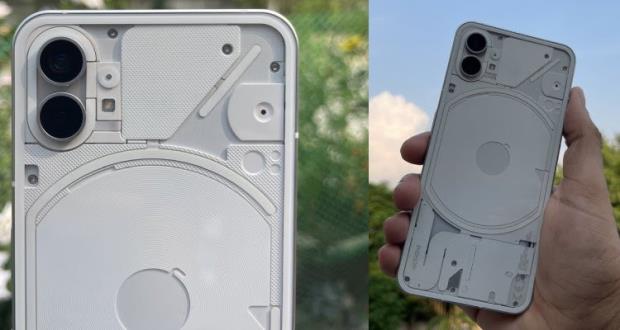 Nothing Phone 1: The day Carl Pei launched the first smartphone from his new company Nothing worldwide, netizens in India were not happy with the company as it sent limited smartphones for review. #DearNothing started trending when a YouTube channel 'PrasadTekintelugu' released a prank video of unboxing a Nothing Phone (1) box on the screen, which turned out to be an empty box with a letter inside it.
The letter which was also fake read, “Hi Prasad, this device is not for South Indian people. Thank You." A netizen tweeted, "#DearNothingIndia not only means different cultures & languages ​​from north to south but people of the north are getting everything they want in private projects factories in govt. Whatever they want they will get it easily North India always divides us by showing partiality.
Also Read: Sonam Kapoor's baby Shower Function: Know special guests list, Date & Venue, Ceremony timing & more
#Dear nothing India means not only different cultures and languages ​​from north to south but north people will get whatever they need easily in government-private projects factories north India always showing us favour splits with.
Another user tweeted, "Nothing like this is being made in south India but don't know how to treat south Indians I guess names of states before launch phone in India And there is no need to learn their languages ​​from a pre-primary child. #DearNothing #boycottnothingphone."
London-based Nothing says its smartphone offers 18 hours of use with every charge and two days on standby and can reach 50% power in just 30 minutes of charging. It added that the phone also has several remote features, including being able to unlock Tesla car doors.
The phone is priced from £399 ($470), the company says, cheaper than premium phones with similar features and has more than 200,000 pre-orders. OnePlus used an invite-only strategy to sell the smartphone which created high demand by keeping customers in a state of constant anticipation.
Following a similar strategy, the initial 100 new phones did not go to auction in June, receiving bids over $3,000. Nothing is offering an introductory price for a limited period: 8GB/128GB (Rs 31,999), 8GB/256GB (Rs 34,999), and 12GB/256GB (Rs 37,999).