Afghanistan should not become threat to its neighbouring countries, says Vladimir Putin. 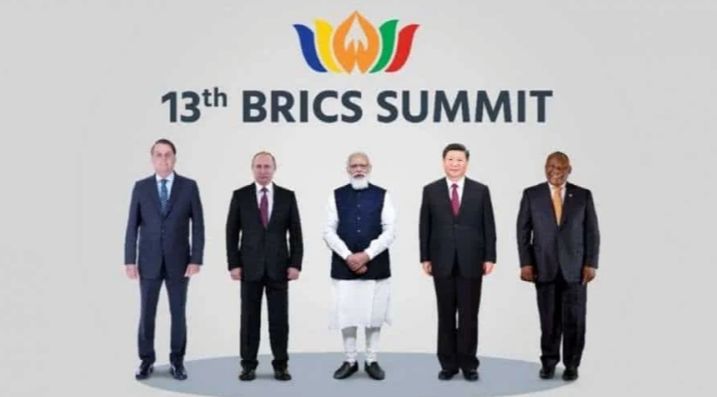 The five-nation BRICS summit chaired by Prime Minister Narendra Modi Thursday evening called for settling the situation in Afghanistan through peaceful means. The declaration at the summit said the leaders also sought an "inclusive intra-Afghan dialogue so as to ensure stability, civil peace, law and order". While the theme for the summit is "cooperation for continuity, consolidation and consensus'', the focus remained on Afghanistan.

This year’s BRICS summit becomes even more important when three of the BRICS member states viz. India, Russia and China are recalibrating their strategies to deal with the new security situation in Afghanistan as they are worried about Afghanistan again becoming safe haven for terror organizations under hardline Islamic policies of Taliban rule.

Here are the Highlights of BRICS Summit

·        Prime Minister Narendra Modi said, “We have to ensure that BRICS is more productive in next 15 years. Despite Covid situation this year, over 150 BRICS meetings and events were organised. Of these, over 20 were ministerial-level. We tried to expand BRICS agenda. BRICS achieved many firsts this year as well. Recently the first "BRICS Digital Health Conference" was organised. This is an innovative step to increase health access with the help of technology. Our Water Resources Minister will meet for the first time in BRICS format in November.”

·        Very strong comments on the subject during the summit came from Russian President Vladimir Putin, who spoke of the possible threats an unstable Afghanistan might pose to neighbouring countries.

·        Afghanistan should not become a "threat to its neighbouring countries, a source of drug trafficking and terrorism". Its citizens, Putin said, "deserve to exercise their rights of defining of what their state will look like on their own".

·        Jinping, at the summit on Thursday, said: "Since the start of this year, our 5 countries have maintained the momentum of Brics cooperation and secured new progress in many areas. As long as we pool our minds and efforts, we can make smooth, solid progress in Brics cooperation, come what may.”

·        South African President Cyril Ramphosa said "We must ensure equal access to Covid-19 vaccines, diagnostics and therapeutics. This is the only way in which we can respond to this pandemic that engulfs the world. Our collective response to Covid-19 has demonstrated what can be achieved when we work together. As BRICS countries we must continue to safeguard our people's lives, livelihood, support global economic recovery and enhance the resilience o of public systems."

China will donate 100 million more doses of Covid-19 vaccines to developing countries within this year on top of a donation of USD 100 million to COVAX, Xinhua said. Brazilian President Jair Bolsonaro recalled his visit to India.