British Conservative MP, Sir David Amess, was on Friday repeatedly stabbed by a knife-wielding man at his constituency in Essex, and succumbed to his injuries later, media reports said. 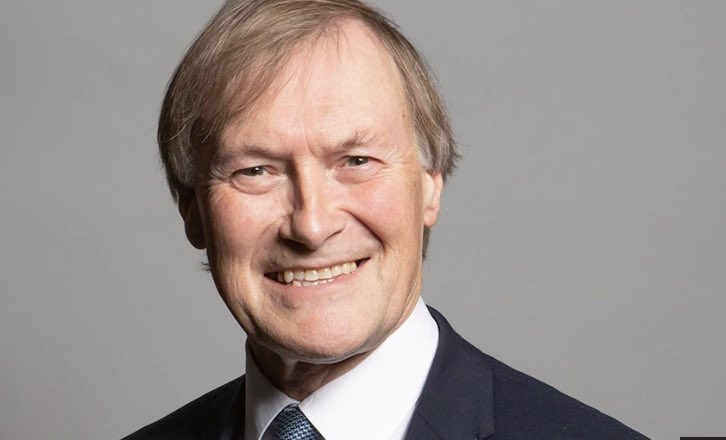 British Conservative MP, Sir David Amess, was on Friday repeatedly stabbed by a knife-wielding man at his constituency in Essex, and succumbed to his injuries later, media reports said.

Sir David, who has been an MP since 1983, was stabbed as he was going to hold his "constituency surgery" -- a public meet where voters can meet their MP and discuss their concerns -- at the Belfairs Methodist Church in Leigh-on-Sea, when he was attacked, the BBC reported.

He was treated by emergency services, but he died at the scene.

Sir David is the second British MP to be killed after Labour's Jo Cox, amid the rising tensions over the Brexit vote since 2016.

The BBC quoted the police as saying that a 25-year-old man was arrested on suspicion of murder, a knife was recovered and they are not looking for anyone else in connection with the crime.

Tributes poured in for the backbencher MP from across the political spectrum.

Health Secretary Sajid Javid said he was "a great man, a great friend, and a great MP, killed while fulfilling his democratic role".

Chancellor Rishi Sunak said: "The worst aspect of violence is its inhumanity. It steals joy from the world and can take from us that which we love the most.

"Today it took a father, a husband, and a respected colleague. All my thoughts and prayers are with Sir David's loved ones."

Speaker of the House of Commons Sir Lindsay Hoyle said: "This is an incident that will send shockwaves across the parliamentary community and the whole country."

He said he was shocked and deeply distressed by the killing of a "lovely man", and said in the coming days they would need to examine MPs' security.

Flags around Parliament and at 10 Downing Street are being flown at half-mast.